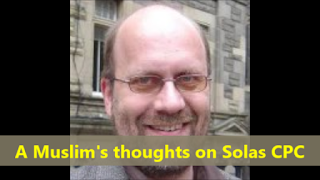 The sheer size of the Christian pro-gay marriage movement would mean Christians like Alisdair (Ally) Smith and David Robertson of Solas CPC believe the majority of the members of the "body of Christ" are not indwelt by the Holy Spirit nowadays as opposed to 30 years ago:

In others words, while clear majorities disapproved in 1983 (highest at 74.8 per cent for Catholics and 79.7 per cent for other Christians), in 2010 opposition had fallen to lower than 50 per cent in each group – lowest at 37.4 per cent for Anglicans and 20.4 per cent for those with no religion. Note that in all our tables given below, survey weights have been applied. [Dr Ben Celements, Leicester University]

One would expect this trend to continue, perhaps to the extent of virtually all Christians in the UK being pro-gay marriage or at the very least accepting of it in the coming years. Again, putting forth further questions on the beliefs the Christian community have concerning the Holy Spirt. As GotQuestions describes these beliefs:

Jesus gave the Spirit as a “compensation” for His absence, to perform the functions toward us which He would have done if He had remained personally with us....The Spirit’s presence within us enables us to understand and interpret God’s Word. Jesus told His disciples that “when He, the Spirit of Truth, comes, He will guide you into all truth” (John 16:13).

What are David Robertson's Solas CPC and the other minority of Christian activists going to say here? Will they say, the majority of Christians in the UK aren't guided by the Holy Spirt and thus don't interpret the Scripture in a way that is acceptable?

And what of the flip side, the Christian pro-gay marriage side? The majority side may well just point at their numbers and use that to support the claim the Holy Spirit is guiding them to do what Christ would do today!

In fact, the Christian pro-gay marriage side may even say there have been historical precedents in the past concerning early Christians and their deliberations towards the Trinity belief and the NT canon.

Let's focus on the NT canon for a few moments. It was basically decided by a majority rule, early on there was disagreement as to which books to consider "inspired". Christian theology would teach the decisions on the inclusion/exclusion of any book was guided by the Holy Spirit. Yet in reality, it appears, it was just majority rule which won out in the end.


it is not quite accurate to say that there has never been any doubt in the Church of any of our New Testament books. A few of the shorter Epistles (e.g. 2 Peter, 2 and 3 John, James, Jude) and the Revelation were much longer in being accepted in some parts than in others; while elsewhere books which we do not now include in the New Testament were received as canonical. Thus the Codex Sinaiticus included the 'Epistle of Barnabas' and the Shepherd of Hermas, a Roman work of about AD 110 or earlier, while the Codex Alexandrinus included the writings known as the First and Second Epistles of Clement; and the inclusion of these works alongside the biblical writings probably indicates that they were accorded some degree of canonical status. [FF Bruce]

The only books about which there was any substantial doubt after the middle of the second century were some of those which come at the end of our New Testament. Origen (185-254) mentions the four Gospels, the Acts, the thirteen Paulines, 1 Peter, 1 John and Revelation as acknowledged by all; he says that Hebrews, 2 Peter, 2 and 3 John, James and Jude, with the 'Epistle of Barnabas,' the Shepherd of Hermas, the Didache, and the 'Gospel according to the Hebrews,' were disputed by some. Eusebius (c. 265-340) mentions as generally acknowledged all the books of our New Testament except James, Jude, 2 Peter, 2 and 3 John, which were disputed by some, but recognised by the majority. Athanasius in 367 lays down the twenty-seven books of our New Testament as alone canonical; shortly afterwards Jerome and Augustine followed his example in the West. The process farther east took a little longer; it was not until c. 508 that 2 Peter, 2 and 3 John, Jude and Revelation were included in a version of the Syriac Bible in addition to the other twenty two books. [FF Bruce]

Now, think about the parallels here between the gradual decision via majority-rule on what to call canon and the pro-gay marriage movement.

David Robertson and his colleagues at Solas CPC may state the glaring difference; homosexual unions have been outlawed Biblically (ref Leviticus 18:22, 1 Cor 6:9-11 and Romans 1:26-28)

There are two issues here for Solas CPC and other anti-gay marriage Christian activists:

1. The Bible is not a closed text. There has been relatively recent precedent of whole chunks of the NT being relegated to possible forgery status as per the findings of Dr Von Tischendorf in the 19th century. They are finding new manuscripts regularly. There is nothing to stop another find relegating other parts of the NT to possible forgery (scribal addition) status. What if that happens in 50 years time regarding 1 Cor 6:9-11 and Romans 1:26-28? All it would take would be a discovery of an early MSS of said texts omitting such verses or rendering different wording in those verses to the extent of changing the apparent meaning of the text.

It's clear Christians cannot have confidence in their NT texts.

2. The problem of interpretation. The pro-gay camp have their own interpretations of the relevant Bible texts. Rev. Dr. Mark Achtemeier, who has served the Presbyterian Church (USA) since 1984 as a minister, theology professor, and writer states there's an overwhelmingly positive case for gay marriage in the Bible:

Fortunately, the church across the centuries has developed guidelines for interpreting Scripture that help keep our use of particular passages in touch with the true portrait of God’s love in Christ. When we apply these guidelines, the Bible’s teaching about gay people and their relationships appears in a whole new light. In my book I show how the application of these time-tested principles of biblical interpretation produces an overwhelmingly positive biblical case in favor of gay marriage. I came to realize how my former reliance on fragmentary, out-of-context quotes from Scripture had led me to lose touch with the “big picture” of God’s love that lies at the heart of the Bible’s witness.

If you combine this with the fact the pro-gay marriage camp is the bigger camp now, in addition it is still growing, and couple it with the belief that Christians believe they are guided by the Holy Spirit in Scripture then there is a huge hurdle here for Solas CPC. Is this not a big problem as this camp will make a more forceful appeal to this belief concerning the Holy Spirit because they have the numbers in the West.

The problem here is the Christian belief about the Holy Spirit and the way history played it self out previously with regards to the Trinity belief and the NT canon being formulated based on majority rule.

Alisdair Smith's colleagues in the mission fields (certainly Jonathan McLatchie's colleagues) argue on the lines of Islam not being compatible with Western values when constructing polemics against Islam yet if we are consistent Alisdair Smith, SOLAS and the rest of the anti-gay marriage Christian camp are promoting a Christianity which is incompatible with Western values.

This is a subtle one for the thinking Christian

Christianity is not monolithic. The Christian pro-gay marriage movement has wide spread and rapidly growing support (as seen above) yet colleagues of SOLAS' Alisdair in the Christian polemics business such as Nabeel Qureshi, David Wood and Jay Smith would say ISIS is true Islam despite being miniscule and having no scholarly Islamic body supporting ISIS (in fact all Muslim scholarship has denounced ISIS) yet at the same time this Christian camp claims the pro same sex marriage movement is not true Christianity despite it having much more support from recognised Christian bodies, authorities and a vast and ever-growing supporter base amongst Christian laity.

Thus hypocrisy is outlined in more detail in this response to a Christian apologist, Jonathan McLatchie. Jonathan Mclatchie: Gay Marriage is "Madness" but Terrorism is..

Let's discuss another example of what appears to be hypocrisy from the conservative Christian camp.

There are heterosexual dating prohibitions (Matt 5:28, 1 Cor 6) yet the campaigns against this are nowhere to be seen. Can SOLAS or any other Christian anti-gay marriage campaign group show me a track record of vociferous campaigning against this throughout the years?

British Muslims should not solely rely on Christians in this endeavour of campaigning against gay-marriage. Muslims must go out and take a lead role in this effort. Sure, working alongside straggling Christians like SOLAS is encouraged but do not sit back and think this Christian minority are knights in shining armour. They're not. They could capitulate tomorrow just like Christians did by agreeing to majority rule on the Trinity belief and NT canon. Not to mention them pretty much giving up their efforts against heterosexual pre-marital sex (once again, I'd imagine this was due to the pressure of numbers against them).

As for the Christian soldiers who are currently admirably standing against the tide of the zeitgeist why not do it under the umbrella of Islam? Friends, look into Islam with an open heart.