Age of Consent for Jews and Christians? 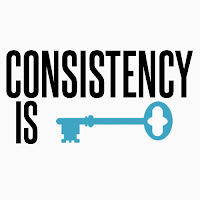 Here are some quotes offered by Brother Jesus regarding the  age of consent concerning the Bible and Jewish traditions, the interesting thing to note here is that the post-modern ages of consent we see in the Western world are not Biblical. Hence, the ages of consent in Christian America and Christian Europe are not in line with the Bible as the Biblical teaching is in fact puberty which can take place as early as 8 years of age.

Are American and British ages of consent Biblical? No.

The Bible provides no foundation for fixing a minimum age, that much is evidently clear.

Carol L. Meyers writes:
“The Bible gives us no indication as to the age of marriage for women, which would not be appreciably different from the age at which childbearing begins. However, based on the tenuous calculations of the marriage age of certain Judean kings (e.g. Josiah: age 14; Amon: 14) and the rabbinic stipulation of twelve as the minimum age of marriage for girls and thirteen for boys, an early age for marriage can be presumed (de Vaux 1961: 29). Similarly, the relatively short life spans of the ancient world, particularly in plague epochs, would lead to the conclusion that marriage took place soon after puberty, with betrothal preceding marriage perhaps by many years.” (Meyers, C. L. (1996). Procreation, Production, and Protection: Male-Female Balance in Early Israel. In Charles E. Carter & Carol L. Meyers (eds.), Community, Identity, and Ideology: Social Sciences Approaches to the Hebrew Bible. United States: Eisenbrauns. p. 507)

Referring to De Vaux whom is cited by Meyers he wrote:
“The Bible gives us no information about the age at which girls are married. The practice of marrying the eldest first was not universal (Gn 29:26). On the other hand, it seems certain that girls, and therefore presumably boys too, were married very young; for centuries this has been the custom of the East, and in many places it still obtains to-day.” (De Vaux, R. (1997). Ancient Israel: Its Life and Institutions (John McHugh, trans.). Grand Rapids, Michigan: Wm. B. EerdmansPublishing Co. p. 29)

Age of marriage is puberty according to the Bible:

We have already seen Ezekiel 16 being used as a proof text by a Christian apologist to show the Biblical age of consent is puberty:

...Your breasts were formed and your hair grew, you who were naked and bare. 8 " 'Later I passed by, and when I looked at you and saw that you were old enough for love... [taken from Ezekiel 16]
See here for more information on this see:
http://thefactsaboutislam.blogspot.co.uk/2013/07/age-of-consent-in-bible-is-puberty.html

Scholar Nisan Rubin writes:
“Grooms could marry at the age of 18-20 (or older) with a young girl, twelve years old, who had “reached puberty.”… The ideal was to marry off girls while still minors, since they constituted an economic burden…” (Rubin, N. (2008). Time and Life Cycle in Talmud and Midrash. Brighton, Massachusetts: Academic Studies Press. p. 16)

Young girls were usually betrothed as soon as they became women. It was believed they reached puberty at about twelve or twelve and a half.” (Deiss, L. (1996). Joseph, Mary, Jesus (Madeleine Beaumont, trans.). Collegeville, Minnesota: The Liturgical Press. p. 25)

“The women normally married as soon as they were physically able to bear children, which the Law defined as twelve and a half years of age. (Zanzig, T. (1999). Jesus of History, Christ of Faith. Terrace Heights, Winona: Saint Mary’s Press, Christian Brothers Publication. p. 89)

“How old could Mary have been? Young girls were usually betrothed as soon as they became women. It was believed they reached puberty at about twelve or twelve and a half.” (Deiss, L. (1996). Joseph, Mary, Jesus (Madeleine Beaumont, trans.). Collegeville, Minnesota: The Liturgical Press. p. 25)

“The women normally married as soon as they were physically able to bear children, which the Law defined as twelve and a half years of age. Mary, the mother of Jesus, was probably no older than fourteen when she bore him.” (Zanzig, T. (1999). Jesus of History, Christ of Faith. Terrace Heights, Winona: Saint Mary’s Press, Christian Brothers Publication. p. 89)

Echoing the same viewpoint Dr. Eugene Weitzel states:
“He knew too that girls were ready for marriage as soon as they were physically ready to conceive and bear children, which according to the law was twelve and one-half years. Mary, the mother of Jesus, was probably no more than fourteen years old when she gave birth to the Son of God.” (Weitzel, E. J. (2010). I Want to Be a Husband and Father for Life and a Catholic Priest Forever. U.S.: Xilbris Corporation. p. 113)

For more information on this see the quotes from Geza Vermes here:
http://thefactsaboutislam.blogspot.co.uk/2013/06/age-of-consent-for-christians-and-jews.html

“There is less evidence regarding female age at marriage . As noted , the overwhelming impression given in the legal sources is that fathers betrothed their daughters while they were still minors .”
SOURCE: Michael L. Satlow in ‘Jewish Marriage in Antiquity’,pg.107


The following is something that needs further research as it's something that does not seem right. I'm not saying this is the case in Jewish communities - I don't believe it is. I believe in ancient Israel Jews used the onset of puberty as a biological sign that the girl has attained womanhood.

“Conversely, if a girl is three years and one day, she can be betrothed by sexual intercourse.” He continues writing, “Obviously, the Mishnah does not say that a woman should be betrothed at the age of three or hat this is a standard age to do so. It is, rather, mentioned as the minimal age.” (Teugels, L. M. (2004). Bible and Midras: The Story of ‘The Wooing of Rebekah’ (Gen. 24). Peeters, Bondgenotenlaan. pp. 218-220)

Teugels in his discussion on the subject also cites Judith Hauptman who writes:
“After three, if a man has sex with a girl, not only does he cause her to lose her virginity permanently, but also- and precisely because of this-the sex act has a variety of legal consequences for both of them: for him, if she were forbidden to him, he will be punished in the same way as if she were a mature woman; for her, if the sexual relations were for the sake of marriage, they will make her a married woman.” (Ibid. pp. 218-219)

Apart from the controversial quotes above we can easily see that there is no age of consent for Christians and Jews - the standard is puberty. This is something Christians should be aware of - especially those ignorant ones who busy themselves insulting other faiths (namely Islam) for having the same Biblical teaching of puberty being the minimum age of consummation of a marriage.

Sadly many Christians are whitewashed into thinking the laws in the America or Britain are Christian. They are not. Just because America and some European countries profess to be 'Christian' nations it does not mean every law in that country is Biblical. Think about it, do you really think the allowance of pornography, sex outside marriage, homosexual acts and gambling are Biblical just because 'Christian' America allows such?

The same applies to American and British ages of consent - they are not from Christianity or Judaism.