Ex Muslim, Neil Littlejohn (formerly known as Ismaeel Abu Adam),  is now claiming to have had a vision of Jesus. He even wants to take a polygraph test (a lie detector test). Look an Ex Muslim claiming to have seen Jesus is nothing new, the conman Kamal Saleem has peddled a story of Jesus appearing in a vision (well actually he has peddled at least 3 versions of that story) while charismatic folks like Zak Gariba claim to speak to Jesus!

Claiming Jesus is appearing to you is a sure fire way of getting some attention in the charismatic Christian movement and, let's be frank, a bit more cash in donations if that's what you're asking for.

My focus here is, did Neil see the devil. Neil's description of Jesus doesn't tie in with what most people would expect of a Middle Easterner living in 1st century Palestine - Neil has more of a Hollywood type of image of Jesus in mind. 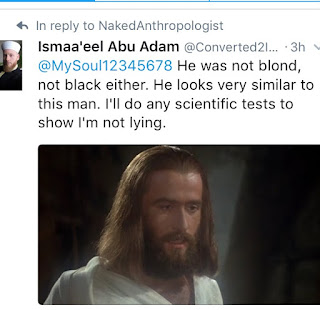 In this video we ask people to consider whether Neil is lying, wishful-thinking or simply conned by the devil.


Did Peter Believe in the Trinity?