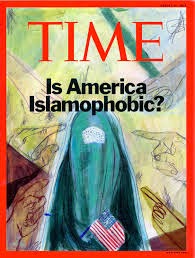 
Post 9-11 propaganda against Islam attempts to portray Muslims as hordes waiting to invade the West to butcher, enslave and rape. One such propaganda piece is that 'Muslims are allowed to rape female slaves/captives'. This is simply propaganda which is designed to further the fear-mongering and hatred of Muslims.

Most of this crap (in the English language at least) seems to come from anti-Muslim websites from hateful folk in America. They so desperately want people to believe their anti-Muslim and anti-Islam propaganda. Their vile game is up - the truth is coming out. Their lies are being exposed.


Is rape of slave girls allowed?

Rape of a slave girl is an extremely violent act. Yet, Prophet Muhammad(P) condemned even slapping a slave:


Zadhan Abl Umar reported: I came to Ibn 'Umar as he had granted freedom to a slave. He (the narrator further) said: He took hold of a wood or something like it from the earth and said: It (freedom of a slave) has not the reward evert equal to it, but the fact that I heard Allah's Messenger (way peace be upon him) say: He who slaps his slave or beats him, the expiation for it is that he should set him free.
Source: Sahih Muslim, Book 015, Number 4078

"He who slaps his slave" means both male and female:

Hilal b. Yasaf reported that a person got angry and slapped his slave-girl. Thereupon Suwaid b. Muqarrin said to him: You could find no other part (to slap) but the prominent part of her face. See I was one of the seven sons of Muqarrin, and we had but only one slave-girl. The youngest of us slapped her, and Allah's Messenger (may peace be upon him) commanded us to set her free.
Source: Sahih Muslim, Book 015, Number 4082

The second you strike a slave, she is no longer your property and she is free. You now have no rights upon her. Therefore it is impossible to commit this act if you can not even slap nor beat a slave.

If you can not beat then how can you rape!

Is there any instance of rape in the Islamic sources?

Many may not know this, but the Islamic historical references are so vast and tremendous, a western audience has never seen anything the size it:

Yet those anti-Islamic critics will have us to believe that tens of thousands of women are being brutally raped! Yet you can not find 1 single instance of this happening in this vast amount of historical data!
http://www.examinethetruth.com/compared/rape.html#islamrape

So here we see even slapping a slave girl is not allowed. Therefore we realise, it's obvious rape is not allowed as rape entails violence and hurt towards the slave girls (something which is forbidden in Islam).

We also see there is no source (despite the vastness of the Islamic source texts) in Islamic texts which show an instance of rape. Thus it's unfair and disingenuous to present claims of rape.

Forced Sex with Slaves in Islam?

Here the well respected and learned Sheikh Atabek Shukrov Nasafi  confirms raping slave girls is not allowed in Islam. I have produced some bullet points to summarise his presentation below the video.

~ The sheikh could not find anything in Hanafi fiqh which taught forced sex of slaves is allowed.

~ The sheikh cites the Quran (4:36) to show that one should be good to the slaves (obviously rape is not treating slaves well thus rape does not seem to be allowed in Islam)

Worship Allah and join none with Him in worship, and do good to parents, kinsfolk, orphans, Al-Masakin (the poor), the neighbour who is near of kin, the neighbour who is a stranger, the companion by your side, the wayfarer (you meet), and those (slaves) whom your right hands possess. Verily, Allah does not like such as are proud and boastful [Translation of the meanings of Quran 4:36 by Muhsin Khan]
http://quran.com/4/36

~ The sheikh also cites Quran 24:33 to show that slave women cannot be forced into prostitution

And let those who find not the financial means for marriage keep themselves chaste, until Allah enriches them of His Bounty. And such of your slaves as seek a writing (of emancipation), give them such writing, if you know that they are good and trustworthy. And give them something yourselves out of the wealth of Allah which He has bestowed upon you. And force not your maids to prostitution, if they desire chastity, in order that you may make a gain in the (perishable) goods of this worldly life. But if anyone compels them (to prostitution), then after such compulsion, Allah is Oft-Forgiving, Most Merciful (to those women, i.e. He will forgive them because they have been forced to do this evil action unwillingly). [Translation of the meanings of Quran 24:33 by Muhsin Khan]
http://quran.com/24/33

Thus we see slave women cannot be forced into sex with others (prostitution).

~ The sheikh refers to a narration where Prophet Muhammad (p) repeated (many times) the order to take care of your slaves.

[Obviously, rape would be against such a teaching. Thus one would not imagine rape to be allowed in Islam]

[Of course forced sex is much worse than not feeding or clothing the slave to one's own standard - thus one would not imagine rape of slaves to be allowed. Think about it]

~ The sheikh also makes mention of a narration which teaches us not to punish or oppress slaves.

~ The sheikh cites a hadith where we see burning the slave and/or cutting their noses/ears is not accepted - the slave must be freed if this was to occur.

~ The sheikh cites a hadith in which we see the slaves' emotional feelings are considered as a slave master cannot even call them by the term 'my slave' and a more sensitive term should be used.

[Think about it, if the slave's emotional feelings are considered how can one say rape is allowed when rape not only involves physical pain but also emotional pain - both of which are not allowed in Islam]

[Rape involves elements of violence - thus how can one say rape of slaves is allowed when violence towards slaves is not allowed?]

The basic theme is here, one cannot physically hurt his slave thus rape is not allowed as rape entails traumatic pain. We see that slaves' feelings are not allowed to even be hurt thus further indicating rape is not something which is allowed by Islam. Also note that the sheikh taught that the intercourse with the slave girl is similar to that of with the wife (where the wife's sexual satisfaction is considered too).

We also see there was nothing found in the Hanafi school of jurisprudence which supports the claim of rape being allowed.

Does Islam permit Muslim men to rape their slave girls?

Bassam Zawadi in this article shows rape to be something which is not allowed in Islam. Aside from the theme above Bassam introduces new themes for thought - one of which being the view of some scholars where the slave girl has to convert to Islam before any intercourse can be had with a slave girl who happened to be an idol-worshipper.

Islam forbids one to harm those under his authority. Since rape is considered a form of harm that would mean that rape is forbidden. We have also seen that history shows that slave girls in the past did consent to having sex with their captors; hence we must keep our subjective emotions aside and agree with this objective fact. In light of this fact, there is nothing absurd in believing that the Muslims did not rape their slave girls especially since they were forbidden from doing so. And even if some of the Muslims back then did rape their slave girls, this would only show that they committed a sinful act and not that the Prophet (peace be upon him) approved of such behavior. In conclusion, Islam does not permit the Muslim man to rape his slave girl.

It's clear that the basic theme in Islam of looking after and not hurting the slaves would prohibit rape.

Islam as a religion does not allow rape of slave girls. Those who are propagating anti-Muslim propaganda on such matters should really desist and check their sincerity.