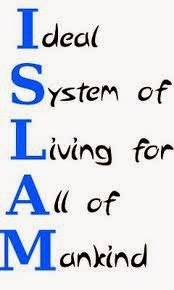 I recently entered a discussion in which we touched on the topic of whether Islam or Christianity was better for a gay person who wants to remain chaste (i.e. not have same-sex sexual relations).

For me it's clear that Islam is the better religion for the gay man, gay woman (lesbian) and for the bisexual man/woman who wants to remain chaste.

Firstly before moving on to some practical and spiritual considerations that help the homosexual and bisexual to remain chaste we must mention that Islam teaches pure monotheism - worship God alone. This is the message of all the Prophets (p). In Trinitarian Christianity they do not teach pure monotheism, the teaching in Trinitarian Christianity is a 3 in 1 teaching where they also attribute divinity to Prophet Jesus (p).

So in beliefs Islam is the religion for all of those who want to adhere to the basic teaching of all Prophets (p).

When it comes to practicalities to help the homosexual/bisexual person to avoid same-sex sexual relations, Islam has more to offer than Christianity:

1. Islam obligates the adherent to break from the world and worship God at least FIVE times in the 24 hour day at different intervals - this obviously leaves the Muslim more spiritually charged to battle any desires he/she may have. Another point to be taken from this obligation is that it leaves the person with less time for sin. In Christianity these fine teachings are absent.

2. In Islam, for a whole month every year, Muslims fast. Fasting would help the person of same sex attraction to recharge spiritually. This would obviously help anybody wanting to remain chaste - whether the person is homosexual or heterosexual. This fasting is not present in Christianity.

3. Islam does not allow the consumption of alcohol at all. We know that alcohol leads to a lot of sexual sins as it lowers the inhibitions. This problem is killed off straight away in Islam by complete prohibition of alcohol. In Christianity this is not the case, the teaching in Christianity is to not get drunk - this is obviously a very difficult thing to do due to the nature of the substance, one glass of wine leads to another and it ultimately leads to drunkenness.

4. In Islam, looking at the nudity of a person of the same gender is not allowed, thus helping to remove any temptations in locker rooms/changing rooms:

I am not aware of a similar teaching in Christianity.

5. In the Mosques you are unlikely to find people who support gay marriage or who are openly gay/lesbian/bisexual whilst these people are becoming more and more common in churches thus the danger, for the homosexual/bisexual who wants to remain chaste, of getting in with a crowd which could lead them to same-sex sexual relations is greater in the churches rather than the mosques.

6. Muslim art is dominated by beautiful calligraphy and fine patterns while Christian art is focussed on life drawings. Many of these life drawings are indeed of naked semi-naked figures. Of course this does not help the person with same-sex attraction at all.

8. Muslims have the least sex outside of marriage according to statistics. Clearly something is working for Muslims:
http://thefactsaboutislam.blogspot.co.uk/2013/06/muslims-have-least-sex-outside-of.html

If you are a bisexual, homosexual (gay/lesbian) who wants to remain chaste then Islam is for you. As a matter of fact, Islam is for everybody, the doors of repentance and mercy are open:

It is never enough to struggle alone. The whole community must begin to answer the call of those who are struggling with different issues. Our community is not free of drugs, abuse, and other different types of negative behavior. However, we have not admitted that these problems exist. Thus, we are impotent when it comes to handling such issues.

We must reflect on the statements of the Prophet “Give glad tidings and don’t cause others to flee” (Muslim) and “Whoever removes a difficulty for a person, Allah will remove a difficulty for that person on the Day of Reckoning” (Al-Bukhari).

Muslim imams should be trained in counseling and, better yet, each community should have its own group of professional counselors. We can no longer turn away from the struggling sinner, but must reach out with a sincere hand and walk with our brothers and sisters through the difficulties that they face.

a very good article - thanks!

Once a preserve of Christian charities, Muslim-run food banks are now catering for diverse communities in need. Food banks in the UK are overwhelmingly operated by church-affiliated groups, including the 421 outlets run by Christian charity, the Trussell Trust. Yet Sufra, meaning “come to the table” in Arabic, is one of a growing number of Muslim organisations also attempting to tackle food poverty.