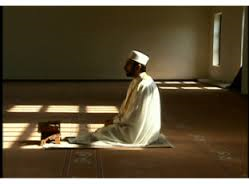 Because of the lack of these teachings, in Unitarian Universalism, one of the pitfalls for a homosexual is that they end up acting upon their lusts. Not only that, the severe danger of them becoming promiscuous homosexuals is noticeable - homosexuals are generally more prone to promiscuous behaviour than  heterosexuals. Therefore, in Unitarian Universalism not only is the gay man's spirituality impacted on negatively but the gay man's mental and physical health could well be in jeopardy.

Mental health of the gay man


Unitarian Universalism opens the door for promiscuity for both heterosexuals and homosexuals. The emotional pain it causes people is one thing but psychologists are zoning on other mental health issues arising from promiscuity


"Promiscuity is one example of a class of high-risk behaviors,” says Deirdre Lee Fitzgerald, PhD, assistant professor of psychology at Eastern Connecticut State University in Willimantic. “It is comparable to, and may coincide with, behaviors such as heavy drinking, gambling, and other thrill-seeking behaviors like driving too fast."

Why do people have many sexual partners? It's exciting, Fitzgerald says, or, among their peers, it’s a kind of activity that brings them status. Another reason: It helps “them avoid dealing with other challenging emotional issues.”

From: http://www.everydayhealth.com/longevity/can-promiscuity-threaten-longevity.aspx
Here we see Islam looks after the gay man's mental health whilst Unitarian Universalism does not.
Physical health of the gay man


What do I mean by Unitarian Universalism putting gay men into physical harm? Well, without those teachings of avoidance and self-control then not only is the gay man given a 'licence' to act upon his desires but he's left unchecked too thus meaning homosexual promiscuity.
Unitarian Universalism, as we have discussed, opens the door for sexual promiscuity. Many of us are aware of the problems in the Western world of sexually transmitted disease due to an acceptance of promiscuity. UU does nothing to protect the gay man from sexually transmitted diseases - despite the incidence of HIV estimated to be 50 times greater than the incidence of HIV within the heterosexual population:
According to Dr. Lansky, then, based on the 4 percent figure, the CDC estimates that in 2007 there were 692.2 new HIV cases per 100,000 homosexual men - or fifty times more cases than the rest of the population.
From: http://www.lifesitenews.com/news/archive/ldn/2009/aug/09082609
Is Unitarian Universalism attempting to protect the gay man from this tragedy? I don't see it. In Islam I do see the rules which keep people from such an tragedy.

In Islam Muslims have to pray 5 times a day at set periods during the 24 hour day. You drop everything and remove yourself from the material world and stand before God. The Buddhists talk about distancing yourself from the dunya (world) - yet in Islam you can see it and practice - it actually happens in Islam in a practical fashion. Of course, you can pray more than 5 times and perform dhikr (remembrance of God) throughout your day as a Muslim. However, Universalism does not offer you anything set spiritual framework. There's no framework for praying - no nothing. It basically leaves it to the individual to do what he/she wants. We all know what happens in society when people are left to do what they want without any governance - anarchy!

We have already touched on the fact Islam eliminates the destroyers of spirituality whilst Universalism does not. Which one is better for one's spirituality? It's obviously Islam.


Summary
We see Islam looks after the gay man's spirituality health, physical health and mental health. Unitarian Universalism does not.
Which one is better for the gay man? Islam.
Christians having dreams and converting to Islam:http://thefactsaboutislam.blogspot.co.uk/2014/03/christians-are-having-dreams-and.html

a little about UU:

The movement proclaims the importance of individual freedom of belief, and it includes members from a wide spectrum of beliefs.

Unitarianism and Universalism began in the 18th century as a reaction against some Christian doctrines. The movements joined together in 1961

Most Unitarian Universalists believe that this is the only life we get.
[Taken from the BBC website]

Differences in sexual behaviours do not fully explain why the US HIV epidemic affects gay men so much more than straight men and women, claims research in the journal Sexually Transmitted Infections.

In 2005, over half of new HIV infections diagnosed in the US were among gay men, and up to one in five gay men living in cities is thought to be HIV positive. Yet two large population surveys showed that most gay men had similar numbers of unprotected sexual partners per year as straight men and women.

Paul Williams after calling Yahya Snow an idiot for his views reflected in this blog post, decided to tell Yahya "what’s to speculate about? I’m gay – big deal", and then banned me after I posted the following addressing Yahya Snow. I am re posting it here in the hopes that Yahya Snow will answer my question.

Yahya I'm confused. You posted your article “For Gay Men: What’s Better Islam or Unitarian Universalism?” on your blog for the whole world to see, not to a single individual. I thought it was a great article regarding some of the negative affects of homosexuality, and since the titled was "Gay men" not "Gay Men Except Paul Williams" I felt it should be shared with Paul Williams to help him come back to Islam.

So was that the intent of your article that Islam was good for homosexual men, just not Paul Williams?

Or are you content with what Paul said about himself: "I'm gay - big deal"?