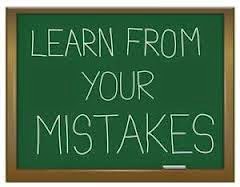 Don't call 911!!! The Muslim sheikh didn't beat her up or kill her (he just removed her misconceptions)

It is inevitable disingenuous Islamophobes are indeed going to give rise to a load of misconceptions. Sadly, Samar Gorial of ABN Sat was absolutely oblivious to rulings concerning Jizya despite having a bunch of “experts” as her colleagues. Why is this? Her colleagues consist of some of the most obnoxiously deceptive folk I have had the misfortune of encountering.

As an individual who investigates Christian outreaches to Muslims I can honestly say the outrage which I have witnessed from Samar Gorial’s colleagues and those who support the enterprise is even more debauched than Robert Morey’s fabrication of Ahadith literature.

Samar Gorial was devoid of any sound understanding of Jizyah as her primary teachers are agenda driven - an agenda which is demonization of Muslims. Thank God Muslims are on hand to clear away the bag of tricks, gags and heckles her colleagues of used for obfuscation purposes.

Why did Samar Gorial not know this?

If you want to learn about Islam please do not take the circus act that is the “ABN apologist” as an authority. Erm, one of them makes up his own Quran translation to convince us bestiality is Islamic, the other one peddles sex hoaxes and claims Muslims will chop off your limbs if you fix a church roof, another claims anal sex is Islamic, others claim to be ex terrorists even though nobody of Google-searching ability believes them. I need not go on – I think you get the picture. [For those interested further in these debauched characters then please search this blog or email me]

Robert Spencer was sniggering like a schoolboy whilst Sheikh Zayed was clearing up after the circus act.

Spencer has no reason to snigger. He has just been kicked across 400 pages by Sheikh Moustafa - the imam wrote a book refuting Spencer. I have the book and confirm this. Spencer and his pals should be ashamed as they allowed the lady to fall into obvious error.

Just like his book response, imam Zayed was shown to have more class and substance than Robert Spencer.

Robert Spencer would do well to look into “The lies about Muhammad – How you were deceived into Islamophobia”. I guess his arrogance and desire for repute and cash will prevent him; however, I could be wrong.

Sadly Christians continue to throw their Bible under the bus and dispose every ounce of consistency whilst attacking a perfectly reasonable aspect of Islam. There is NOTHING wrong with Jizya – both Biblically and Islamically! We have already discussed this issue via a previous blog post and one by Jonathon (TGV19). For those who are interested further you can view the following pages:

The Bible: Christians should pay Jizya tax and other taxes

PS I have quoted the entire “Submission to Governing Authorities section (Romans 13) in the comment section so the more discerning can check for context.

Now, that’s the way to do it – honesty. Sadly, honesty is found wanting when Islamophobes take the stage.

Would you like to learn about Islam? Ever wanted to learn the truth about Jesus and Muhammad (pbut)? Would you like a relationship with God? If yes:
http://www.ediscoverislam.com/