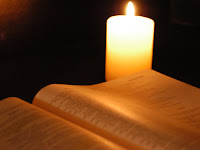 The Acts of the Apostles goes even further than Jospehus and the Gospels when it turns the Sadducees into complete materialists who denied not only the resurrection of the dead, but also the existence of angels and spirits (Acts 23:8). However, this exaggeration should probably be blamed more on the Gentile Luke’s unfamiliarity with Palestinian Jewish thought than on the Sadducees, for angels are commonly mentioned in the Bible and the Sadducees were sticklers for the letter of the scripture. [1]

Luke wrote the Gospel of Luke and the Book of Acts* – both of which, Christians believe to be inspired by God – yet, Luke seems to have blundered through ignorance or exaggeration. One must ask, if the author could blunder to this extent then what other mistakes did he make. And if he was making inaccurate statements then how can one sincerely believe he was inspired by the Holy Spirit?

You decide if this is an error on the part of Luke!

*Some scholars attribute to Luke the third Gospel and the Acts of the Apostles, which is clearly meant to be read as a sequel to the Gospel account. Other scholars question Luke's authorship of these books [http://en.wikipedia.org/wiki/Luke_the_Evangelist]

What Every Christian Should Know About the New Testament

Regarding Acts 23:8 the Greek word is angelos,translated as angel,but it means messenger.Now it is true that the Sadducees didn't believe in the resurrection of the dead(and they also rejected life after death for humans).Because none of that is in the Torah.Read,from the Jewish Virtual Library:

Now if by messenger you mean a celestial being that never lived and later died and went to heaven,then of course Luke is wrong.

I am really surprised Vermes made the statement.Geza Vermes,besides being Jewish,the most authoritative Jewish scholar on Christianity,used to be a Catholic priest for many years.

In Judaism the Hebrew word navi means "spokesperson", traditionally translated as "prophet".A spokesperson is a messenger,he gives the message of God.

Now in a book outside the Torah a navi/spokesman/messenger does appear,but that incident would have been rejected by the Sadducees are true.

"Then the woman(Note:the witch) said, “Whom shall I bring up for you?”

And he said, “Bring up Samuel for me.” When the woman saw Samuel, she cried out with a loud voice. And the woman spoke to Saul, saying, “Why have you deceived me? For you are Saul!” And the king said to her, “Do not be afraid. What did you see?” And the woman said to Saul, “I saw a spirit ascending out of the earth.” So he said to her, “What is his form?” And she said, “An old man is coming up, and he is covered with a mantle.”

And Saul perceived that it was Samuel, and he stooped with his face to the ground and bowed down.

Now Samuel said to Saul, “Why have you disturbed me by bringing me up?”

And Saul answered, “I am deeply distressed; for the Philistines make war against me, and God has departed from me and does not answer me anymore, neither by prophets nor by dreams. Therefore I have called you, that you may reveal to me what I should do.” Then Samuel said: “Why then do you ask me, seeing the LORD has departed from you and has become your enemy? And the LORD has done for Himself as He spoke by me. For the LORD has torn the kingdom out of your hand and given it to your neighbor, David. Because you did not obey the voice of the LORD nor execute His fierce wrath upon Amalek, therefore the LORD has done this thing to you this day."

"And he said, “Bring up Samuel for me(Note:the navi).” When the woman saw Samuel, she cried out with a loud voice. And the woman spoke to Saul, saying, “Why have you deceived me? For you are Saul!” And the king said to her, “Do not be afraid. What did you see?”

And the woman said to Saul, “I saw a spirit ascending out of the earth.” So he said to her, “What is his form?” And she said, “An old man is coming up, and he is covered with a mantle.”"