You see they need these paid insiders, circus-monkeys to help them justify their bigotry, for they think: "If one 'of their own' is agreeing with our prejudice, then it must be true!"

It re-enforces their prejudice and superiority they have. If they said we are violent, backward people who are savages due to our fanatical faith it might sound they were attacking a vulnerable community due to their racism - so instead they get a brown face, a Muslim to say the exact same thing for them.

Imagine a black man calling other blacks thieves - then surely the white audience was right all along - black people were saying it too!. The difference is Malcolm X and other leaders spotted the trick and called those people out as Uncle Toms or puppets for the white power structure - Muslims have failed to get to the root - failed to call out the puppet master. Just look at the audience of one these events - they are mainly white. Look at the topic - nearly always negative towards Muslims - a stereotype.

See how it works - and see how this white racism creates a need for ex-Muslims and Uncle Toms. They system itself demands they exist - and then it amplifies their voices and legitimises them. Thats how a brown face with no talent but the ability to hate on his own people to re-enforce the racist white narrative, gets rich and famous real quick. {MPACUK} 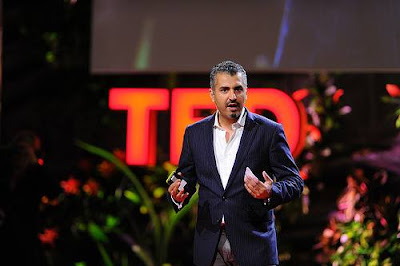 Did Muslims or Zionists Send Death Threats to Jenny Tonge?

Were Zionists Behind The Asghar Bukhari Homophobe Smear Job?

Who Was Ibn Ishaq and Was His Work Reliable?