The Bible Believing Christian's Dilemma: A Response to Anthony Rogers of Answering Muslims 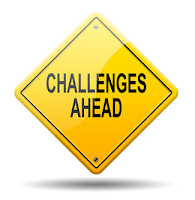 I recall reading a response by Anthony on the problem modern-day Christians face with regards to their confidence in the New Testament. It's clear one of the reasons why Christians of today cannot be confident in the NT is due to the point highlighted below.

It's been a while since I read Anthony's response. However, Anthony's response, IIRC, in a nutshell was him arguing that no more earlier manuscripts will be found - he even cited Ehrman's opinion on the unlikelihood of new NT MSS being found that would result in edits in the NT of today.

The Christians prior to the 19th century may well have been thinking the same thing and all of a sudden, BOOM!!! The Codex Sinaticus was found.

Another point on this is, are these folk confident there's no more new ones to be found because they have found them all OR rather that they believe that many were lost (thus meaning they have no certainty in what the autographs of each book in the NT said).

No matter how the fundamentalist Christian spins it, there are a problems for the Bible-believing Christian.


Have you ever stopped to think about all those Christians prior to the 19th century discovery of Codex Sinaiticus who used to believe the last 12 verses of Mark were inspired by God and part of the Bible (they had similar beliefs about John 7:53-8:11 and that version of Luke 23:34). NOW you and other modern day Christians will claim those Christians of the past believed in forgeries/errors.

You have no guaranty that this will not happen to you in your life time (i.e. a new MSS discovery is made and a passage is denounced as an unauthorised addition).

James White and His Followers Should Think Deeper

What Every Christian Should Know About The Gospel Of John

Title "Son of God" does not mean Divinity

Reza Aslan on Prophecies of the Messiah

What does the Aramaic word name for Jesus tell us?