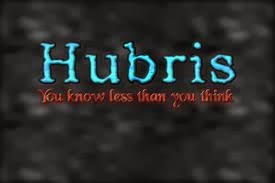 Careful RM, refuting Yahya will only get your post removed. He is not here to be refuted. Just look at all the posts he has and see that in virtually EVERY SINGLE comment section responses have been removed. This guy is deathly afraid of the Answering Muslims bloggers and the writers for Answering Islam. He won't debate. And he won't let comments stand. Sorry, but your response is going to go bye bye just like mine is.

That's a comment I received recently. You can judge for yourself who is afraid of whom and who lacks responses.

There's also a Samuel Green section here, including a post which contains a question that Samuel Green has not answered:

Second up is Anthony Rogers. This blog holds at least two debate reviews featuring him. The debate with Ijaz Ahmed was a spectacular failure for Anthony Rogers - this was a debate in which he was trying to argue that God was an angel in the OT:

There's also a small Anthony Rogers section here, including at least one embarrassing episode for him:

Oh yes I delete comments just like David Wood does. The difference is that I delete them to keep the blog on topic or to avoid a discussion which I don't have time for or which I am not willing to get into. I also delete or withhold comments which are offensive. As for Dave, why does he delete and block people? Afraid his supporters will find out he really is pulling the wool over their eyes and taking cash for sitting at home borrowing falsehoods about Islam and presenting them via blogs and videos (something any hateful person is capable of doing)?

I don't normally debate but let's see if this challenge is accepted.

I hereby challenge David Wood to a debate. All he needs to do is agree to debating me and I will announce the topic to be debated on this very blog. If he agrees to a debate then the topic will be announced on this blog.

Radical Moderate said...
This comment has been removed by a blog administrator.
16 February 2014 at 12:46

Radical Moderate, the question I asked you only required a yes or no answer from you. Instead you went off topic. The discussion thread was closed.

As for Ijaz's debate with Anthony Rogers, please view it and read the debate review rather than wasting time championing your friend.

As for the debate challenge. It has been issued on my part and there has been no acceptance thus far. If they really feel so self-confident they will accept regardless of the topic (which I will announce once /I have an acceptance). The ball is in their court. Watch how they play it to decide if their self-confidence is a charade or not...

Yahya so my detailed answer was off topic lol.

As far as your so called debate challenge. First no one takes your serious, second what topics would you like to debate?

If you don't take somebody serious then why bother communicating with them?

Haaa, the AM guys have embarrassed you so often I lost count. And don't say you are deleting this because it is of topic. You raised the subject, now face the facts.

BTW, I know some have been banned, like foul mouthed Osama Abdallah, but people's comments aren't deleted. They are earned and then banned. You in the other hand erase most comments and rarely because they are of topic.

Your no-subject debate challenge is a farce by the way. But thanks for letting us see how much stronger christianity is than Islam.