Is Jay Smith Making Stuff Up About Tom Holland?

Jay Smith is an evangelist with a reputation for dishonesty. He has claimed that he inspired Tom Holland to write a book about Islam. The interesting thing here is that Tom Holland has DENIED this and doesn't know what Jay Smith is talking about.

Here is Jay Smith claiming Tom Holland shook his hand and said because of you I wrote this book: 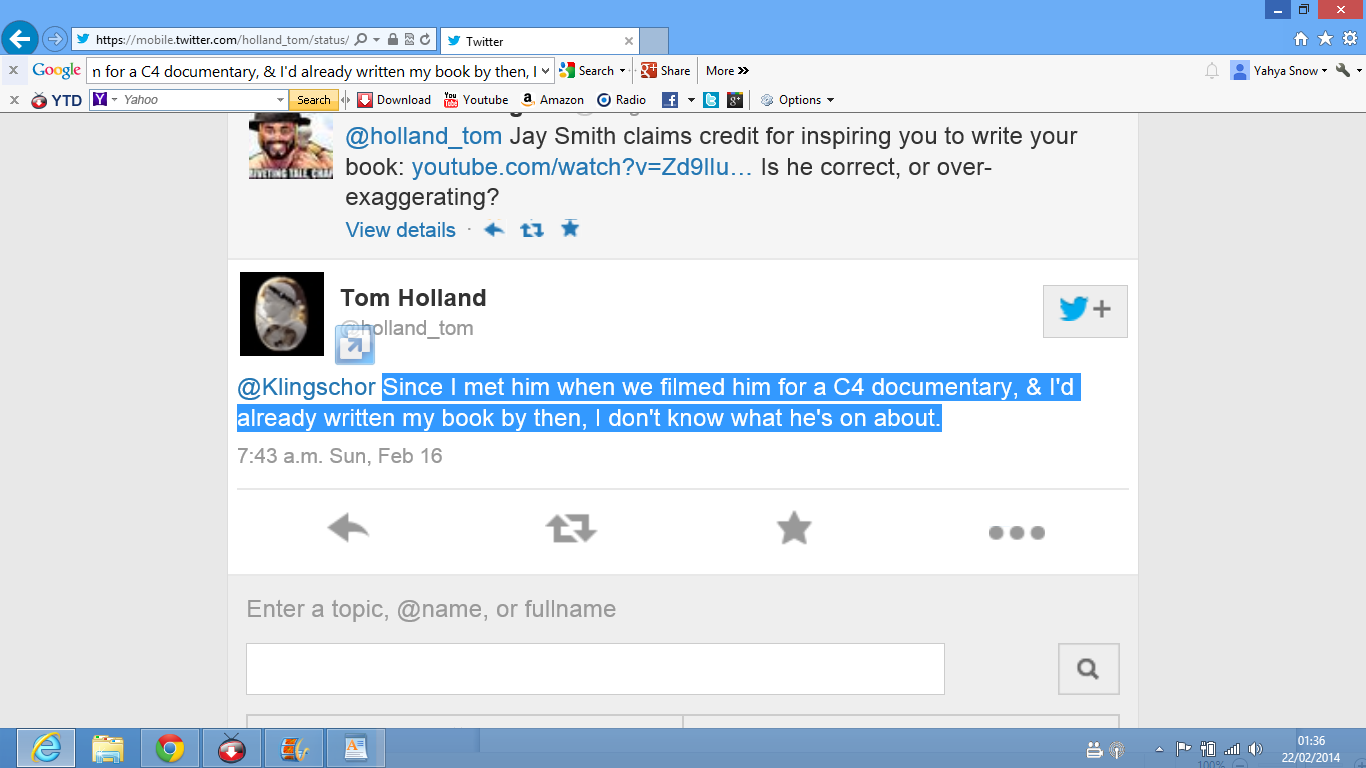 'Since I met him when we filmed him for a C4 documentary, and I'd already written my book by then, I don't know what he's on about'
The question here is, is Jay mistaken, doing an Ergun Caner or is Tom Holland in the wrong?