Hijab and Without Hijab - the difference in sexual harassment levels

It's amazing to see how effective the Hijab is in keeping a woman from getting sexually harassed on the streets of Christian America. However, it's sad to see the level of sexual harassment a lady receives for wearing the regular American fashion.

Clearly the regular fashion in Christian America is somehow attracting undesirable men and leading them to harass young ladies on the street.

Watch this video in which a young lady walks in the streets of Manhattan whilst wearing a t-shirt, jeans and a cardigan. You will be shocked by the amount and type of sexual harassment the lady was facing.

Contrast it with the same lady wearing the hijab, walking in the same area for the same amount of time.

It's clear that Christian Americans can learn from Muslims about the teaching of the hijab. The other sad element here is that due to the propaganda war against Muslims taking place in America, this teaching of Hijab will not receive as much positive attention and traction. If Christians were wearing the Hijab and had an experiment such as this they would be broadcasting it all around the world. However, Western Christians (on the whole) do not observe Hijab despite Paul appearing to support the Hijab

Another thought that comes to my mind,  seen as the lady was wearing regular American fashion one must worry as to the sheer number of Non-Muslim women being sexually harassed by men in Christian America.

I hope some American Christian leaders will see this and end up teaching the Hijab to all of America. Muslim Americans should be doing more to promote this teaching.

Christians having dreams and converting to IslamLearn about Islam 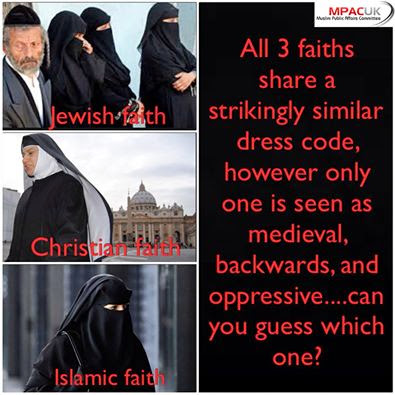