This is an interesting point Sheikh Moustafa Zayed puts forward in his support for the punishment of adultery in Islam. 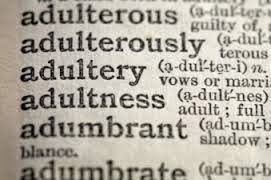 The conditions for prosecuting, and stoning married adulterers, however, are so difficult that it is more of a deterrent of such a crime than it is a capital punishment in itself. Evident by the historical fact that in the first 1000 years of Islam, stoning for committing adultery was applied only three times upon voluntary insistent confessions of the committers, and not due to catching adulterers in the act itself. The fact remains that it is - even though in reality more theoretical than practical - a part of Islamic Law for 1400 years and to date. How the rule is applied; justly or not, accurately or not, is a responsibility upon the shoulder of rulers applying the law and their integrity.

But in over a millennia of Islam, which I might add a closer millennia to successful application of Islamic Law than the second millennia, there was not one single case of executing a couple by stoning caught during the act of adultery.

...How much do sexually-transmitted diseases cost every year the secularly-ruled countries that do not punish for adultery? How many millions of lives lost to AIDS alone so far worldwide? How many families were destroyed because of the irresponsible no-punishment of the "two consenting adults"?

How many children suffered the lack of one of their parents or both around them in their upbringing because of adultery? More importantly, look at the vast gap between the cost and the devastation of adultery in the West, versus their counterparts in Muslim countries even the poorest of them.

I want to ask pragmatically, practically and even from an absolute scientific secular standpoint: are these gigantic, devastating costs and ordeals worth three stonings by confession every 100 years? [The Lies About Muhammad, Moustafa Zayed, p342, 343]

The Bible does teach the killing of adulterers, see Deuteronomy 22:22

If a man is found sleeping with another man’s wife, both the man who slept with her and the woman must die. You must purge the evil from Israel.

These include:
In contrast, it has to be said that adulterous sex is often the consequence of marriage troubles, rather than the cause of them.  [Dr David Delvin, NetDoctor]


How common is adultery?

It's difficult to say how common adultery is, since many people will lie about their own experiences.
The most recent studies conducted in America have reported that around 15 per cent of wives and 25 per cent of husbands have had extramarital affairs.

However, various surveys conducted in Western countries have suggested that perhaps 40 per cent of married people may have had adulterous sex. There seems to be general agreement that it's more common for husbands to stray than wives – though in the 21st Century, wives appear to be 'catching up' a bit. [Dr David Delvin, NetDoctor]

In fact, although adultery used to be the 'standard' legal reason for divorce in the UK, it is now much less commonly cited than it used to be.