It appears as though Dr Nabeel Qureshi did not impress certain folk who were in the Christian camp during his debate with Dr Shabir Ally. Here's a critical comment by a user called Eli Santana who states he's on the side of Nabeel Qureshi yet he considers Nabeel Qureshi to be lacking in skill and ultimately outclassed by Dr Shabir Ally:

Dr. Ally is a phenomenal debater, Hope Dr. Nabeel "ups his game" for future debates as he seemed to be outclassed here, And this is coming from someone who's on his side of the debate.﻿

... Deconstructing the other side of the argument is perfectly acceptable in a debate, especially if the person you're debating allows you to do so. It was Nabeel's responsibility to force Dr. Ally into a defensive position, however he lacked the skill to do so. 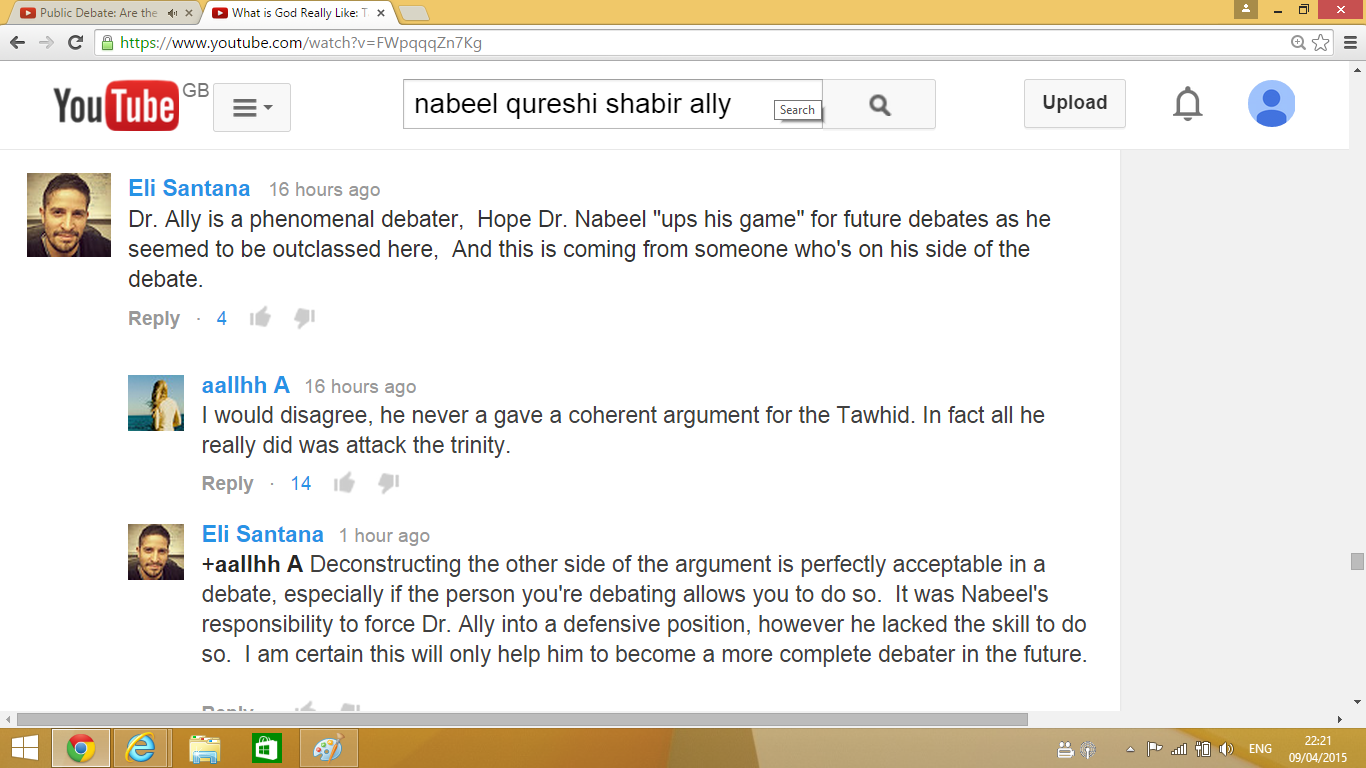 Tony Arsenal offers his analysis and criticises Dr Nabeel Qureshi for not understanding the doctrine of the Trinity:

...I think it is safe to say that Dr Qureshi has a lot to learn. I appreciate his desire to reach Muslims, but at this point I don’t think he has an adequate command over the doctrine of the Trinity to be debating these things.

Tony Arsenal is a graduate of Bethel University (BA: Biblical and Theological Studies, Minors in Biblical Greek and Biblical Languages) and Gordon-Conwell Theological Seminary (MA: Church History, MA: Theology). He currently resides in Enfield, CT with his wife Lee.
Tony’s interests are Patristic theology, Trinitarian and Christological theology, Reformed Dogmatics, and Historical Theology focusing on the Conciliar period of the 4th and 5th centuries.
He serves in his local church as occasional preacher, as well as unofficially as a theologian in residence. He also occasionally helps with youth events and worship.

I personally have not viewed the debate. I've followed Nabeel for a few years talking about Islam and I have noticed he is prone to presenting misinformation and low level internet arguments. One wonders whether Nabeel will one day value accuracy with a better regard.


Here's another one where he seems to have just plagiarized from a shoddy Christian internet apologist:

Is the Gospel of John Reliable?