Ted Shoebat's been asking for it for a long while now. Well, Ted, you're being called out now. When you talk about Islam, you sound ignorant. In fact, you sound like the typical ignorant Islamophobic Christian fundamentalist.

Ted, your claim that Islam is from the Devil backfired on you here and made you look silly:

Refuting Christian Fundamentalists Who Say Islam is from Devil

And now for the challenge: I challenge you to debate a MUSLIM in a moderated debate. The debate can be entitled: What is the Truth, Islam or Christianity?

What do you say, are you up for it or are you going to continue making ignorant comments about Islam on an unchecked platform? 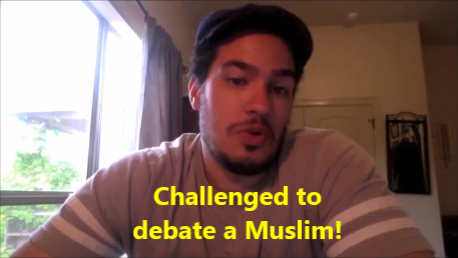 Ted, I will allow you to bring your dad, Walid Shoebat, with you too if you want. A two on one match if you want. Both of you against a Muslim debater.

ABN Christian Pastor Learns About the Hijab the Hard Way - Jason Evert Are You Watching?