A Response to Right Wing on the Cat Calling Video 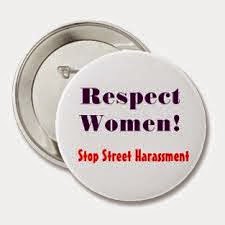 First thing's first - if all parties involved acted according to Islam this would not even be a controversy. The men would have been lowering their gaze and the woman would have been dressed more modestly. There would be no viral video. No fuss.

Secondly, the video puts African and Latino American men in a bad light as it disproportionately features them harassing the woman. There's a reason why this has happened. Much of the harassment from white men was edited out!

Here's the admission, by the makers of the video, that incidents of harassment involved people of all backgrounds and there was a number of white guys involved too (edited out):

The video is a collaboration between Hollaback, an anti-street harassment organization, and the marketing agency Rob Bliss Creative. At the end they claim the woman experienced 100-plus incidents of harassment “involving people of all backgrounds.” Since that obviously doesn’t show up in the video, Bliss addressed it in a post. He wrote, “We got a fair amount of white guys, but for whatever reason, a lot of what they said was in passing, or off camera,” or was ruined by a siren or other noise. The final product, he writes, “is not a perfect representation of everything that happened.” [Hanna Rosin, Salte.com]

The right wing are using it to have a dig at Latino and African American men. Here's a comment from a right wing website:

So you can make a video about the harassment of women, just don’t talk about black men. You can condemn rape culture, as long as you limit it to white Ivy League men and don’t talk about hip hop or rape rates in minority communities. There are subjects that feminists place off limits because they aren’t there for women’s causes, their true allegiance is to the larger agenda of the left.

I'm not too sure what rape culture has to do with this. No rape took place. As for Hip Hop, I assume the right wing website is referring to the same Hip Hop and Rap that white owned corporations misappropriate and promote ahead of independent Rap and Hip Hop (such as Low Key and Akala which tends to have a more positive and moral message than the stuff the right wing consider Hip Hop). So really, if people want to start talking about the influence of negative Hip Hop on young ethnic men then why not try to speak to the corporations who own such material? Also, how about Pop music? Pop music has problems of degrading and sexualising women too!

Of course walking in areas where groups of guys are hanging out is going to get more attention and if they don't have jobs it means they have more time to hang out and get involved in these things. I'd imagine that the employment rates amongst African American and Latino men are lower than that of white men. Perhaps that has something to do with this too?

Racism and prejudice of this type will not get you far.

Let's not be superficial as superficial is closer to racism. Be careful, especially you extreme right wingers who are fantasising over American bombs being dropped on Muslim countries, deporting Mexicans and slamming a few more Africa Americans in prison.

It's not a problem of one  race. It's a problem of the human race. The right wing need to recognise this. The same applies to the problem of street harassment of women - men of all races are guilty.

Sexism and Objectification of Women in Pop 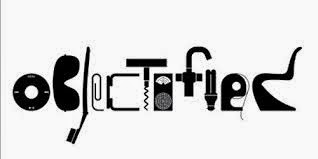 We've all seen the sexual objectification in Western popular culture yet there has been relatively little outcry against it. The right wing media seem to pay more attention to immigrants and halal meat rather than trying to stamp out this social ill within popular culture.

The Muslims have a solution for the disease of sexual objectification of women here in the West. The solution is Islam. Sara Cox has spoken out against one artist. I think people in pop music could benefit from learning about Islam's teachings of respect for the woman.

Sara Cox, the former BBC Radio 1 DJ, has criticised the station for playing music with sexist lyrics by rapper Pitbull.

The presenter, who now works on BBC Radio 2, said she felt upset by the station playing songs by the best-selling artist, whose lyrics have faced accusations of misogyny and objectifying women.
Cox told the Radio Times: “Someone like Pitbull on Radio 1 makes my soul weep with the way he sings about women. I just couldn’t bear playing that.”

..For all his commercial success, the depiction of women in some of his songs, as well as the accompanying music videos, has prompted controversy.

One post on Pitbull’s own website by the mother of a 14-year-old listener claimed that his lyrics “harm girls”. The writer said that after being directed to the songs by her daughter, “I was shocked at how misogynistic they are… Some of the lyrics make women seem like nothing more than an object for the gratification of men.” [Independent]

If you want to have a better understanding of Islam and women here are two video lectures by Muslim scholars:

The Oppression of Women? - Kamal El-Mekki