This guy is a hero. This man cares so much for women and piety that upon noticing flirting in his restaurant he seems to have banned single women saving them from harassment and other problems from males.

Of course, the propaganda play against actions such as these is that these men are anti-women etc. but the reality on the ground is that actions such as these are not motivated by misogyny but simply a desire to maintain a society which against premarital sex.
Perhaps a solution to this problem would be to have segregation in the restaurant, so have a female only area, male only area and a mixed area for couples and families.
We in the West could do with more people like Saudi restaurant owners as we do have a problem with pre-marital sex here. Western Christians are finding it difficult to oppose premarital sex so one would expect them to be looking for help, this is where Muslims could certainly help out.
Restaurants in Saudi Arabia have been asked to remove signs which forbid entry to single women, it appears.

The request comes from the kingdom's National Society For Human Rights, which says the signs on the doors of eateries are "illegal", the Arabic-language Al-Hayat newspaper reports. A restaurant owner says he put up the signs because of "numerous incidents" of flirting. "We'll only remove these signs when we make sure such incidents never happen again on our premises," he told the paper.

NSHR spokesman Khalid Al-Fakhri tells the Saudi Gazette that restaurants have no legal right to exclude single women from their premises, or insist that they are in the company of a guardian. "These signs are against the law and reflect the personal opinions of the restaurant owners," he says, urging establishments to devise alternative arrangements if they think that customers are behaving inappropriately. The paper quotes one woman as saying, "If they're going to ban us from entering restaurants, where are we supposed to go?" - pointing out that restaurants are some of the few establishments where Saudi women can go unaccompanied. [BBC News]

Christian Islamophobes may well be making a song and dance over these Saudi restaurants but the reality is people like Paul of Tarsus were staunchly against premarital sex:

The Christian Islamophobes who may have a go at the Saudi restaurant owner would do well to reflect on the following piece... 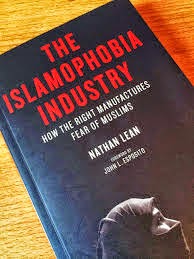