Muslim Rape Stories/Reports and the Islamophobes. A Response!

This is a disgusting news story of molestation and burning. I could not watch the whole video. It's being styled as 'Muslim Burns 11 Year Old Girl Alive, For Wearing Lipstick'  on YouTube with the description 'Muslim Uncle, Burn 11 year old Niece for wearing Lipstick'

As a Muslims we condemn this sin. We all know rape is not allowed in Islam.

The video report states it was a neighbour (not the uncle) who molested the girl and then burned her. A very sick crime. A sin. Allah knows best whether this crime was committed by a Muslim or not.

May Allah help the victim's family be strong and may Allah heal the victim and give them Paradise. Ameen

Rather than focussing our attention and thoughts on the poor girl (the victim) and her family we as Muslims are being faced with the misuse of this crime by Islamophobes who are using this news story for their agenda of hate against Muslims. Most people will be repulsed to their very core by it. Yet we have hate-preaching anti-Muslim folk misusing the misery of the raped girls to bash Muslims. Here is a comment thread from a right wing website:

quietlyspoken I have no words for my reaction to this. What could a civilized human being say about setting fire to a wee girl , after raping her.What kind of a savage does this ? 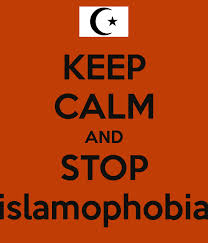 Going back to the comments about it always being Muslims. Here are two such cases of rape and burn from Americans (not sure if any of the rapists in these cases were Muslim - no mention of them being Muslim):

An American soldier yesterday pleaded guilty to the rape and murder of a 14-year-old Iraqi girl and the killing of three members of her family in a village near Baghdad in March in one of the most brutal examples of attacks on civilians in Iraq.

The soldier, Specialist James Barker, also agreed to testify against three other accused soldiers. He agreed to the plea in return for a guarantee that he would not face the death penalty, his lawyers said.The murders took place on March 12 in Mahmoudiya, 20 miles south of Baghdad. Prosecutors allege that five soldiers stationed at a checkpoint there raped the girl, Abeer Qassim al-Janabi, then burned her body to hide the evidence, and killed her father, mother and six-year-old sister. [http://www.theguardian.com/world/2006/nov/16/usa.iraq1]

And here's another sick case from America (Non-Muslim country):

Three arrests have been made in what Columbus police Sgt. Lance Deaton called Sunday a “very brutal crime,” involving the rape, shooting and burning of a woman.

And if we have a look at the rape statistics per capita in countries around the world, we see no Muslim country is in the top 10:

This propaganda campaign of misusing rape stories to attack Muslims is deplorable and all those involved in such should stop misusing the misery of rape victims for purposes of Islamophobia. Wake up and admit rape is a problem within every community (and try to do something about it!)rather than exhausting your energy on attempts at wrongly demonising Muslims as rapists.