Really this is for all women. Apparently, a popular female celebrity is the talk of the internet because of some naked magazine photos.

An article by Annie F Downs offers some good advice that should also be passed on to Muslim girls and parents too as the celebrity culture is increasingly impacting on Muslim households.

As for naked pics on the internet of yourself and celebrities

Don’t be naked on the internet. Ever.

We are worth more than this. While the human body is beautiful, this particular display does not add to or celebrate the value and strength of her as a woman. These photographs are not a great reflection of the worth of a woman.

What the internet says about your body does NOT determine your worth. Positive or negative. What [some celebrities] are displaying for every teen girl is, “look! show it all and everyone will LOVE you!” No. No they won’t. They will not respect you, they will not honor you, they will not love you. They will look at you, and they will use you, but it will be short lived and way less awesome than you are imagining.

Also, while we’re here. Likes on your instagram post don’t decide if you’re awesome or not. RTs of your tweets aren’t the what make you valuable. The comments on your posts don’t judge your worth. To quote my friend Cassie, “your online presence is not who you are. It is not your heart. It isn’t your soul. And it is certainly not your value.”

Kim Kardashian, Angelina Jolie or Beyonce ; should women and girls strive to look like them? 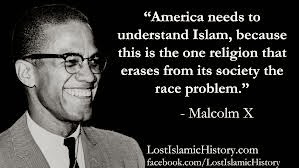 Kim Kardashian is reported by the Daily Mail to have claimed to be a Christian. I'd like to invite her to become a Muslim. Islam is a religion which honours women unlike the Hollywood celebrity industry which pressurises women to move away from the natural and become sex objects for viewers of music videos, magazines, internet websites as well as other media outlets.

Allah does not judge a person based on their hair texture, height, figure or skin tone. Allah is our Creator. He created us all and to Him we shall all return. Allah sent to mankind messengers (amongst whom were Jesus, Moses, Muhammad, Abraham, Noah and others pbut). We must worship Allah alone.

Abu Huraira reported: The Messenger of Allah, peace and blessings be upon him, said, “Verily, Allah does not look at your appearance or wealth, but rather He looks at your hearts and actions.” [Source: Sahih Muslim 2564]

Invitation to Kim Kardashian and others to convert to Islam


Jesus taught people to do the Will of God (according to Mark 3:35) in order to become his brothers, mothers or sisters. A Muslim means one who submits to the Will of God. Do you want to become a brother of Jesus? If yes, become a Muslim.