Islam should be taught in American Public Schools by Muslim teachers

Some parents are reportedly getting themselves hot and bothered about Islamic history and Islam being taught to children in American public schools. 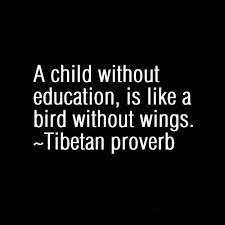 The truth is, both Islam and Islamic history should be taught in European and American public schools. There's a rise in Islamophobia and there exists a basic ignorance concerning Islam and Muslims amongst Non-Muslims in the West. Teaching children in American public schools about Islamic history and Islamic theology would be fantastic. There's nothing wrong with this and everything right with this. In fact, Muslim teachers (imams and scholars) should deliver the classes.

Islam offers a moral framework which would help prevent unwanted teenage pregnancies, bullying, sexting (sharing of nude pics), classroom violence, racism and other ills which schools in the West are facing.


Right wingers are dressing this up as 'Islamic supremacy' and using other such propaganda language for their agendas of bigotry, publicity-courting and cash-generation.

Here's a snip from a right wing blog claiming parents are 'distraught' whilst imagining Islam is being proselytized via force. Just look at all the emotive and propaganda language used (bold), my commentary is in red:

I have been fielding calls from distraught parents all week — two moms today — reeling from the proselytizing for Islam in their children’s “Social Studies” or “World History” classes.

...children are forced to recite the shahada (it’s what one says in order to convert to Islam). Instead, they are forced to learn the five pillars of Islam.

Department of Education, Pearson, the Gates Foundation, publishing companies and the testing companies have been hijacked by Islamic supremacists and have hijacked our public school curriculums and textbooks (i.e., Common Core).

This is a violation of the establishment clause, and maybe a mass class action suit should be filed. This is something we are looking at.

One mom whom I spoke to earlier told me that her 12-year-old son came home from school yesterday “depressed” and “sick.” Coming from a “good Christian home,” he was confused and “hurt” that he had to write and say the Muslim declaration of faith (the shahada) and write it repeatedly. The mother was beside herself.

Somehow I doubt he was forced to write it 'repeatedly'. Did you see all that emotive language - all in an attempt to garner support for their anti-Muslim agenda and potential law suit. 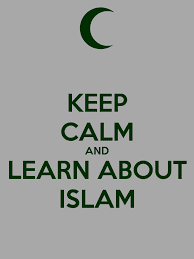 When Muslims force Christians to convert, they are forced to say the shahada (the Muslim declaration of faith). The Arabic writing on the black flag of jihad (also known as the al Qaeda flag or ISIS flag) is the shahada. This chant of supremacism and imperialism is being forced on American school kids.

Erm, Islam does not allow forced conversions and the shahada is the faith declaration of Muslims, it's not a 'chant of supremacism and imperialism'. Propaganda against Muslims is rife on the net.

Guess that's one of the reasons why the right wing are against educating American school children about Islam. An ignorant population is easier to mould and milk for the right wing Islamophobic and racist agendas...

“Marine Veteran Complains About Pro-Islam Bias In Daughter’s Schoolwork, Gets BANNED From School,” By Eric Owens, Daily Caller, October 29, 2014 A Maryland father who asked that his daughter be excused from learning about Islam in her world history class now finds himself under a no-trespass order that prevents him from setting foot on the girl’s public school campus. The events leading to the no-trespass order occurred at La Plata High School in La Plata, Md., a small town about 30 miles southeast of Washington, D.C., SoMDNews reports, a website for three local newspapers. The dad is Kevin Wood, a former corporal and eight-year veteran in the U.S. Marine Corps. Wood was initially upset because he did not want his daughter, a high school junior, to participate in instruction about Islam. He called the school district office last week, first speaking to an administrative assistant and eventually speaking to La Plata High vice principal Shannon Morris. A school district spokeswoman, Katie O’Malley-Simpson, said Wood threatened to cause problems at the school during his conversation with Morris. O’Malley-Simpson provided no specific information about any threats the former Marine made. “Safety comes first,” she told SoMDNews. “We don’t allow disruptions at the schools, especially if we’re forewarned of them.” Wood denies making any threats. His version of the conversation is that he explained in no uncertain terms that he does “not believe in” Islam and wants his daughter removed from class while other students study the Muslim religion.