Jumping through hoops of intellectual dishonesty in order to convince folk Jesus (p) was black for the purpose of acquiring new African American adherents to a group called Hebrew Israelites.

I heard a Hebrew Israelite making the claim Jesus (p) was a black man while using two texts from the Bible ( a book which in unreliable in any case).

One of the two texts the Hebrew Israelite used was the Daniel 10:6:

The Hebrew Israelite used this text disingenuously. His argument is that the colour of the arms would match the rest of his body but the entire verse tells a different story:

His body also was like the beryl, and his face as the appearance of lightning, and his eyes as lamps of fire, and his arms and his feet like in colour to polished brass, and the voice of his words like the voice of a multitude

The Hebrew Israelite only took the snippet from the verse which suited his colour agenda. In fact, if a white supremacist Christian wanted to use this same verse to convince Christian folk that Jesus (p) was white he could resort to equally dishonest means by snipping the part referring to the face appearing as lightning and claim lightning is white therefore Jesus (p) is white. 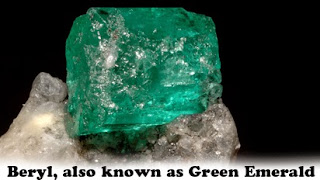 Or a GREEN supremacist may also involve himself in intellectual dishonesty using the same verse, the part mentioning his body to be like beryl.

Beryl can be found in the following colours according to Wikipedia; green, blue, yellow, red, and white.

However, according to the same source, Beryl is COLOURLESS.

So the Hebrew Israelites really needs to stop quote-mining and ripping parts of verses out of context to suit their racial preference. It's disingenuous.

My understanding of this verse is that it's not literal; it's metaphorical. If the Hebrew Israelites take it literally based on colour then they will wind up believing his face was white, his body was colourless and his arms were brown.

It's also of interest that the Hebrew Israelites jump straight to black...while brass is brown. Indians are brown, so are many Arabs and South East Asians.

The other text the Hebrew Israelite used was Revelation 1:14-15

His head and his hairs were white like wool, as white as snow; and his eyes were as a flame of fire;  And his feet like unto fine brass, as if they burned in a furnace; and his voice as the sound of many waters.

The Hebrew Israelite makes the same mistake as he does with 10:6, namely he takes it literally and takes it out of context.

The Hebrew Israelite argues the feet are black so the rest of the body and face must be black. Yet, the next verse goes further mentioning the countenance and other such non-literal descriptions of a man:

And he had in his right hand seven stars: and out of his mouth went a sharp twoedged sword: and his countenance was as the sun shineth in his strength.

Do the Hebrew Israelites believe Jesus (p) had a two-edge sword coming out of his mouth too? Do they also literally believe he had seven stars in his right hand?

Notice, the comment about his countenance being like the shining of the sun. A white supremacist could easily (and just as disingenuously as the Hebrew Israelites) take that literally and thus claim that it's teaching Jesus (p) was white as one of the meanings of countenance is face!

The Hebrew Israelites have a racial agenda. Don't be fooled by these people and their disingenuous arguments.

In reality, the colour of Jesus' skin and the skin colours of other Prophets are not important. What is important is that we believe in the One God who created us all and we believe in all the Prophets God sent.

Percentage of Muslim slaves brought to the Americas

African and Arabs Marrying at time of the Prophet p

Were Adam and Eve Black According to Islam? Hamza Yusuf Clip