In response to a video featuring what Christians believe Jesus will do to Muslims upon his second coming, Al Fadi wrote this:

Here's a dialogue that ensued. Yes, Al Fadi does seem to be a confused "ex Muslim" or just ignorant about the Bible and the Trinitarian beliefs about commands such as 1 Samuel 15:3. 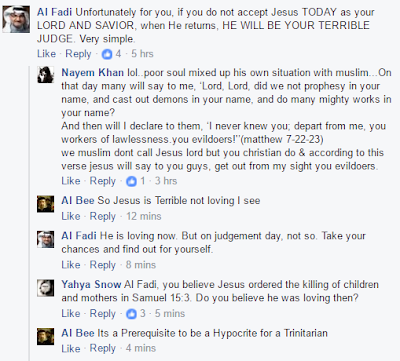 And here's the video in full.