This is a response to a gentleman called Daniel who is associated with Jay Smith's Pfander Ministries. He was asking a Muslim why it is forbidden for a Muslim to shake the hand of his female Christian friend/colleague (Elizabeth Lizzie Schofield) as Speakers Corner, 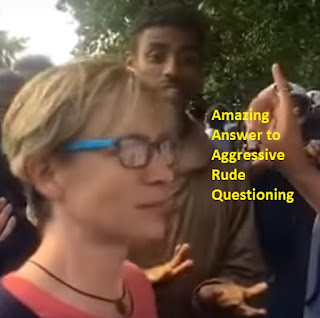 
A Reputation for Rudeness Is Difficult to Shake Off, Ask Pfander...