This is an ex-Christian who lost faith in the charismatic Christian movement. He knew Christians cannot do miracles and felt they were trying to trick him by claims of miracles. Muslims need to be watchful for Christian missionaries in Africa and Asia trying the same tricks in an attempt to convert Muslims to Christianity. 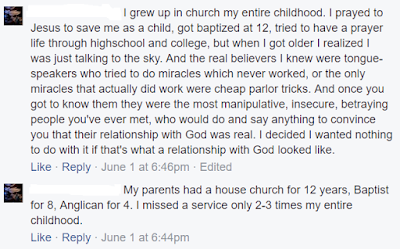 Muslims may also want to share this video of a Christian claiming to have healed a Muslim's eyesight. It now turns out the Christian has left Christianity.