Alpha and Omega Ministries Asked To Switch The Lamp On 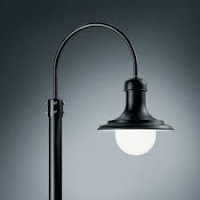 It is evident that you haven't benefited from James' discussion of these matters.

The reason passages like John 8 or Mark 16 are not believed to be part of the original is because of a close study of the ancient manuscripts in comparison with later ones. In other words, the same early manuscripts that lead us to believe the passages above were glossed in also lead us to believe that the rest has been there all along. You simply can't pretend the manuscripts are EVIDENCE that prove these verses were not in the originals and at the same time pretend they are not ancient EVIDENCE for what was in the originals.

Please, a little bit of consistency is in order. Try it some time.

I think you may have misread or misunderstood the point the post is getting at.

The point I'm making is that before the 1800's the conservative Christians would have said exactly the same thing as you when questioned on why they don't believe there are no forgeries in the the New Testament:

However, they would have also said the same thing about Mark 16 and John 7-8. They would have claimed there's manuscript evidence to show these are parts of the NT.

Yet what happens? A new manuscript discovery and all of a sudden those passages that they believed in are denounced as forgeries. Remember this was only 200 years ago. These people claimed to have the Holy Spirit guiding them in scripture yet they believed chunks of NT text were inspired by God while Christians of today denounce them as suspected forgeries.

Surely that is quite profound. It gets deeper still. Think about it, if that could happen to them then why can't it not happen again tomorrow? Why can't there be a new MS discovery which leads to Christians stating such and such passage/verse is a forgery because it's not found in the earliest manuscript? Why not? There's no reason why it can't happen.

I understand these could be sensitive and emotive issues for many readers. I simply ask for people to think about these issues.