Jay Smith's Pfander Centre for Apologetics is notorious for having a radicalised anti-Muslim following. It turns out one of them may have been behind a "death threat" to a Muslim apologist in Australia. 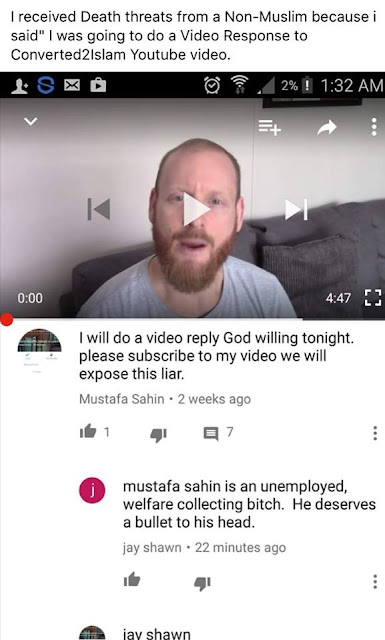 Mustafa Muhammed Sahin a pretty big development I stumbled across. Guess what, that guy who threatened to shoot you in the head appears to be the same guy who follows Jay Smith's extremist vids at Pfander Films. He was amongst those who racially abused Adnan Rashid, Pakistanis and called for booting Muslims out of Europe. See the screenshots in this link for his name. Looks like the same guy. Link here

Be safe bro. Please report him. For regulars involved at SC please be careful - this guy maybe UK based. We don't know. Please be careful.
Mustafa, I can encourage you with a purported quote of Jesus in Matthew 5 which *could* be seen as a layered reference to Muslims being persecuted if one looks at esoteric meanings:

10 Blessed are they which are persecuted for righteousness' sake: for theirs is the kingdom of heaven.

11 Blessed are ye, when men shall revile you, and persecute you, and shall say all manner of evil against you falsely, for my sake.

12 Rejoice, and be exceeding glad: for great is your reward in heaven: for so persecuted they the prophets which were before you. 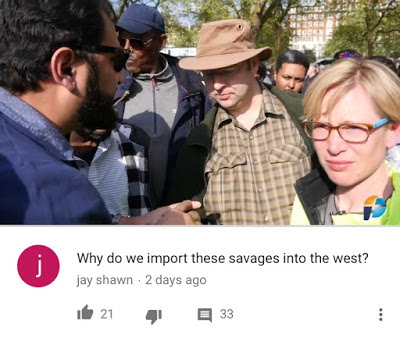 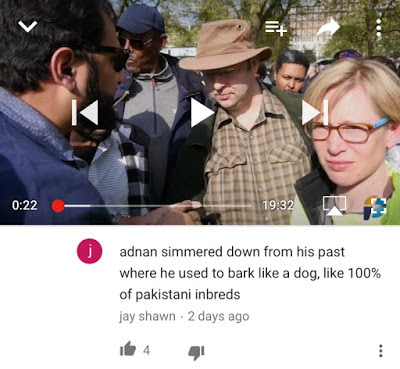 I hope Lizzie Schofield, Sharon Hoy, Sarah Foster, Hatun Tash and Beth Grove will reflect on why Jay Smith's Pfander Ministries and Pfander Films has accrued such caustic and extremist anti-Muslim followers over the years. I know Jay's group has been barred from speaking at certain venues and universities in the past due to being seen as Islamophobic. Would love to see some emails condemning such comments from members of Pfander. Off you go: yahyasnow@yahoo.co.uk

My rule is: care for Christians, critique Christianity.