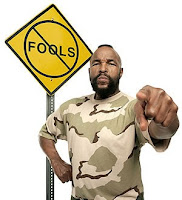 This popular video of Dr Shabir Ally dressing down an internet Christian 'missionary' called Sam Shamoun is still playing on the mind of Shamoun and his followers to this day despite it being over a decade old.

Here is the video where Sam Shamoun is made to look a blithering  fool by Dr Shabir Ally:
http://www.youtube.com/watch?v=xYFl-mKrbK4

Recently I rebuked Sam Shamoun and his buddies for their lewd comments concerning the male gentialia on a Christian missionary TV station, ABN:
http://thefactsaboutislam.blogspot.co.uk/2013/07/sleazy-shamoun-asked-to-apologise-to-dr.html

Shamoun's response was not to apologise but just humiliate himself further and show his ignorance and complete disregard of the Bible. Shamoun and one of his followers proceeded to spam my blog  with any material that Shamoun could get his hands on which contained the mention of breasts or male genitalia as though that material is equivalent to Shamoun's lewd jokes about erection sizes on Christian TV. What a blithering fool!

She lusted after lovers with genitals as large as a donkey's and emissions like those of a horse. And so, Oholibah, you relived your former days as a young girl in Egypt, when you first allowed your breasts to be fondled. [Ezekiel 23:20-21 NLT]

Now any self-respecting and Bible-respecting Christian is not going to spam Muslim comment boards with anything in Muslim sources which mention breasts or genitalia whilst knowing of that passage in Ezekiel and of their belief that oral sex is in Song of Solomon. It would just be insulting the Bible indirectly, right?

Well, meet the blithering fool Sam Shamoun and his lackey Radical Moderate. Please note, I'm not using any Bible verse to insult Christians or argue against the Bible itself but basically to highlight the sheer foolishness and inconsistency of these Christian bigots.

Here's their spamming of translations of the Quran and commentaries mentioning breasts - this weirdo even capitalises the word breasts as though he is some silly school boy:

Surely for the godfearing awaits a place of security, gardens and vineyards and maidens with swelling breasts, like of age, and a cup overflowing. Therein they shall hear no idle talk, no cry of lies, for a recompense from thy Lord, a gift, a reckoning, S. 78:31-36 ArberryCompare how the following English versions translate Q. 78:33:And young full-breasted (mature) maidens of equal age; Hilali-Khanmaidens with pears-shaped breasts who are of equal age (to their spouses) Muhammad Sarwarand girls with swelling breasts of the same age as themselves, PalmerAnd damsels with swelling breasts, their peers in age, Rodwelland [damsels] with swelling breasts, of equal age [with themselves], SaleAnd here is how Muhammad and the Islamic expositors explained these verses:Another famous commentator, ar-Razi, stated in his Tafsir (Volume 8, p. 311) that:"The kawa`ib are the buxom girls (nawahid) whose breasts have become FULL (taka``abat) and ROUND (tafallakat).” (Bold and capital emphasis ours)


The word Kawaaib in classical Arabic indicates a young woman's age - not her physical attributes. It has no sexual connotation. See the following video from the 5.16 timeframe:
http://www.youtube.com/watch?v=da3YLuyw8bQ

Apart from his obvious immaturity this Christian clearly shows he must have the same issues with the word breasts in the Bible. In fact, the Biblical verse in Ezekiel actually talks about breasts being fondled. I guess he has capitalised and highlighted this in his copy of the Bible. What an immature fool.

If he wants more occurrences of the word 'breasts' in the Bible here are the search results for that word in the Bible:

I'd imagine Shamoun will have a lot of capitalising and highlighting on his to-do list tonight.

Shamoun  goes overboard with the mention of the Arabic word farj. This just highlights Shamoun's dishonesty as he has already been refuted on this before, see the following excerpt by AnsweringChristianity:

The Christian missionary Sam Shamoun claims that Archangel Gabriel breathed into the vagina of Mary in order that the conception of Jesus would take place, he alleges that the above Qur’anic verse [Referencing 66:12] ideally gives this understanding. Although he quotes Imam Ibn Kathir, he simply (or intentionally) fails to understand what the Imam is saying. All Muslim commentators and scholars indisputably agree that Angel Gabriel breathed into the opening of Mary’s garment, not into her vagina as the missionary’s mind fantasizes.

Ubayy b. Ka‘b told that he heard God’s messenger say, “If anyone proudly asserts his descent in the manner of the pre-Islamic people, tell him to bite his father’s penis, AND DO NOT USE A EUPHEMISM.”


He as usual, has already been rebuked for his repertoire before by a brother on a MDI comment board, here is the comment which was left for Shamoun in order to explain this:
Here we have a man who does not know the basics of Arabic and interpretation of hadiths and is arguing by copy pasting a statement of prophet out of context and out of its linguistic meaning .THE ACTUAL ARABIC TEXT IS : “فأعضوه بهن أبيه ولا تكنوا”
This is a figure of speech and the provided translation is inaccurate as the translation is literal, which made the intended meaning to be lost. The underlined first word means “bite” but in this sentence it means “stick to” and this is one of the meaning of this word in Arabic. The second word means “penis” but it also does not actually give the meaning of “penis” here since it is used to refer to the “semen” that is inside it. Having said that, the actual statment means in correct translation: “He who is proud of his origins in a manner that is similar to the era of pre-Islam, let him stay next to his father’s semen [i.e. let him remember that his actual origin is a flithy semen]. So, as you can see it is not a verbal abuse but rather a strong explicit reminder of something that make one get over the phony pride.
THE CONTEXT: The context is crystal clear that the meaning what Sam Shamoun is driving is wrong .Prophet Mohammed here is not using bad language he is using an Arabic phrase used to convey the message that ‘ we originated from a small and filthy thing as semen ‘ , so what is there to boost of
Prophet instead is giving a good message that nobody is superior just on the basis of lineage.But as for Shamoun he is at his usual best of misquoting , arguing without knowing basic Arabic.His usual costumers are his like minded Christians who think he is exposing Islam .Any one with a basic knowledge about Islam will know he is exposing nobody but his own ignorant self.

Apart from Shamoun being wrong, does he not stop to even read his Bible, aside from the Bible references we have already highlighted what about this one which makes reference to sexual intercourse and male emissions.

What a fool. Shamoun's Bible mentions private parts, oral sex, male emissions yet he is feigning some offense at Arabic words he does not even understand!

Please be reminded that I am not arguing against the Bible by bringing up these Bible references - I'm simply highlighting to you that the Christian missionaries either don't know what's in their own Bible or are just insulting it knowingly as all their feigned offence at Arabic words they misunderstand would apply stronger to the Bible as the Bible does contain words that are offensive to modern ears - as the prominent Bible teacher David Pawson mentions concerning the book of Ezekiel.

Folks this is an immature way to argue against Islam or any faith. It just shows how apologetically bankrupt Christian missionaries are and it also illustrates the inconsistency they operate from. On the one hand these Christians believe oral sex, description of male genitals and emissions as well as references to sex are in their Bible yet they feign some misguided offence at some Arabic words and terms they don't understand.

Come on where is the consistency?

These people wind up insulting their Bible with such shallow argumentations.

Shamoun also made mention of Abu Bakr's strong words against the pagans from History of al Tabari. This is actually explained here in  detail by Waqar Cheema:
http://www.letmeturnthetables.com/2013/05/suck-clitoris-lat-befitting-response-abu-bakr.html

Shamoun also makes reference to sex in Paradise. Concerning this, Shamoun has been spectacularly rebuked and humbled in this video:
http://www.youtube.com/watch?v=wN6Ys8aO9-Q

Radical Moderate said...
This comment has been removed by a blog administrator.
6 July 2013 at 05:12

Radical Moderate said...
This comment has been removed by a blog administrator.
6 July 2013 at 05:33

You Fools! You Hypocrites! You Snakes!

Sam, you're spamming days are over.

Just apologise. You were shamed in front of Samuel. If he hasn't got the voice to humble you perhaps Dr White has.

Radical, stop being his follower

Eric, I bet they have no clue what you are referencing. These Chrstian missionaries are bottom of the rung in their community.

May Allah bless you further and give you a happy Ramadan

Radical Moderate said...
This comment has been removed by a blog administrator.
6 July 2013 at 11:05

So how am I a fool, a hypocrite and a snake for posting the words of your prophet as translated by your fellow Muslims?

How am I a fool, a hypocrite and a snake for posting the words of your god and the explanations of those words by Muslim scholars as translated by Muslims?

Radical Moderate said...
This comment has been removed by a blog administrator.
6 July 2013 at 13:59

Oooh shamoun got ripped open !!!!!
Good writings. Sham exposed. Dummy didnt know his own bible. U guys make shamoun look dummy lots. Shamoun is baby. He not a serious person. Tell dr Oakley of him. Shamoun has babies. He just wasted time. He not playing with his babies when he being a dummy on the web. Dummy has been exposed. Dummy got pwnd and he should say sorry now. Shamoun u r noise pollution. Only. Dummies giv him dollars.

Radical Moderate said...
This comment has been removed by a blog administrator.
6 July 2013 at 14:21

Radical modern is cryingt his shamoun got exposed. Shamoun has run away like a coward. He is ashamed coz he got exposed. U r still here when ur friend has run. He got smoked. Ur man got rinsed. Stop crying.

Radical Moderate said...
This comment has been removed by a blog administrator.
6 July 2013 at 14:46

Time for you to have some shame as well and go away to do something else with your life. Shamoun went away with his tail between his legs. Bye.