Do you get the feeling that Maajid Nawaz is being used by the Neo-Cons? He seems to be trying hard to impress somebody or somebodies. Maajid Nawaz, have some self respect and actually stand for something profound rather than being used as a lap dog by Neo-Cons. 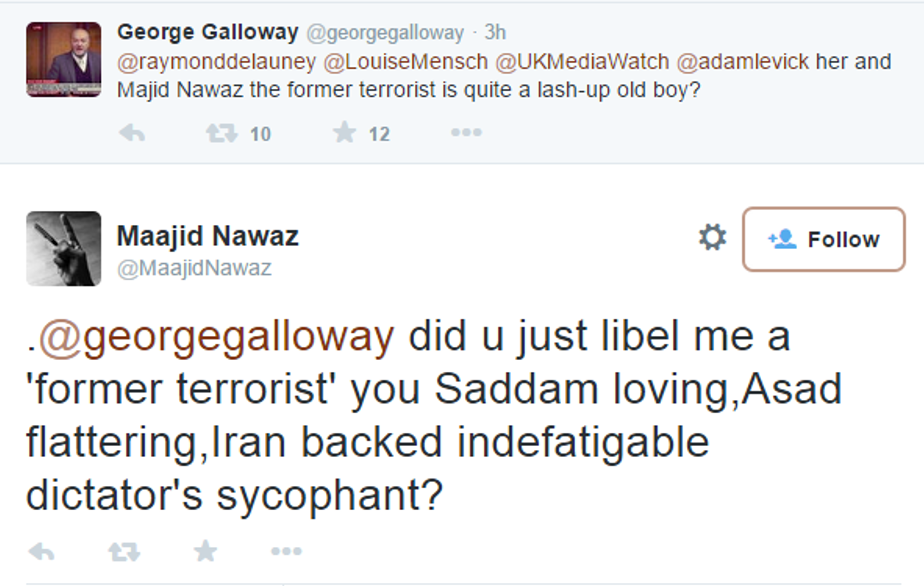 And I am no expert; but I’m not on TV empowering Islamophobes with my amateurish knowledge of Islam. According to Maajid Nawaaz himself, he wasn’t particularly practicing, he never frequented a mosque, nor had read the Qur’an when he joined the ‘non violent extremist group’ Hizb ut Tahir. Even now, Maajid states that he ‘doesn’t dabble in theology.’ Given that before and during his radicalisation, Maajid had nothing relevant or valid to say about Islam (something which I doubt even he denies), I am unsure as to why he can be considered any sort of authority now, just because he left Hizb ut Tahir. Had Maajid Nawaaz studied Islamic theology or jurisprudence seriously, he might have come to the conclusion that there is no textual validation for the actions of ISIS or Al Qaeda, that Islam does not allow slavery in any way comparable to slavery as we think of it, or for that matter that a Caliphate, regardless of whether you find it agreeable or not, is not a theocracy. A theocracy is a government where a clergy are the civil rulers and the policies made are considered divinely inspired. A Caliphate on the other hand does not entail a divinely chosen ruler but rather one who is elected and who rules using Islamic principles. A Caliph is not infallible nor divinely inspired and he is held accountable for his actions in this life. I take no issue with him criticising the concept of a Caliphate if he wants but it would be nice if he did it properly.

Excerpt from: Blogging Theology - What Everyone Needs To Know About The 'Anti-Extremist Quilliam Foundation

Noam Chomsky on How to Stop Terrorism from ISIS etc.