The former Archbishop of Canterbury George Carey has commented in response to a story from Sudan that a woman faces punishment for apostasy from Islam. 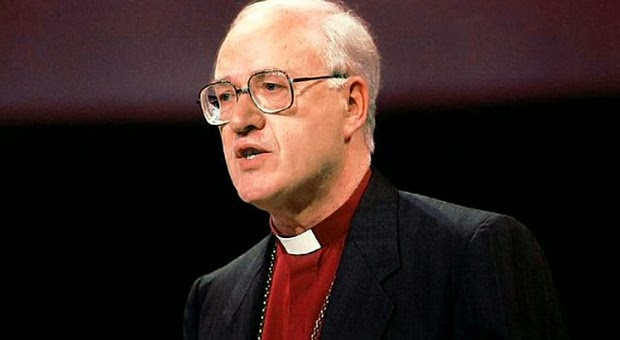 He is reported by the Times to have said Muslims in Britain “get a really good deal” here with the freedom to worship and to convert people to Islam. “I want to hear Muslim leaders say ‘we allow Muslims to become Christians if they wish to’. It could be a ripe moment for us to do something together, not only in condemning such atrocities but to hear Muslim leaders say that we do believe the fundamental human right to change your religion.”

It would be unwise to comment on secondhand reports of stories from another country, when the facts cannot be fully known.

“George Carey has form when it comes to having a go at Islam and Muslims – so his remarks are unsurprising, but he would do better to look closer to home and comment of Britain’s attempts at forced conversion of Muslims – not to Christianity, but to secularism, liberalism and capitalism!”

“The ‘really good deal’ Muslims In the UK get these days is to be bullied – on an almost daily basis by politicians and media – to abandon traditional Islamic values and instead adopt secular liberal capitalists values.”

“In modern Britain, the police implement the government’s ‘Prevent’ strategy. It is called ‘counter extremism’ but does little more than intimidate law abiding Muslims unless they ‘reform’ the religion and adopt secular liberal values.”

“The state uses the Charities commission and Ofsted to enforce this agenda – and we are now told that NHS staff are supposed to spy on Muslims to further this agenda.”

“All the forces of the State, bar execution are used to force Muslims to become secular liberal capitalists. Yet, George Carey has yet to be heard condemning any of this.”

“Moreover, in their foreign policy, successive British governments have killed and bombed in order to “convert” Muslim countries to comply with a secular capitalist way of life – or installed and backed brutal regimes who persecute Muslims for their beliefs.”

“We hold no brief for a regime such that in Sudan – which like many countries in the Muslim world adopts a selective implementation of Islam – throwing the book at individuals but adopting an unIslamic political system and fulfilling the policy agenda of colonial powers. Such regimes give no one confidence that they are applying Islam’s laws correctly.”

“Nonetheless, it is important we clarify the traditional Islamic position that apostasy from Islam is prohibited, much the same way as Western countries do not permit freedom of political loyalty, and punish treason. People such as Edward Snowden, Glen Greenwald and Julian Assange have learned that it you change your loyalty from the political establishment in the West, you will not simply be chased by your own state, but by several of them working together.”

“Islam does not allow the state to spy upon people or sneakily uncover people’s beliefs that they keep private. Islam demands high burdens of proof and certainties about whether or not anyone has committed a crime they are accused of. Islam demands that a person who publicly espouses a rejection of their previously held Islamic beliefs would be discussed with and tried to be convinced intellectually of the Islamic belief. “

“However, it is without question that it is a normative and orthodox Islamic position that if someone persists in publicly espousing their apostasy – and is proven by due process to have done so, they would be punished by a government, even by execution, akin to laws of treason in the West that enforce political loyalty to a particular nation state.”

“In Islam it is not allowed to use force or coercion to make someone become Muslim – unlike the way that people are forced by the British state to become secular and liberal.”

“Mr Carey would do better to look at Britain’s record of coercing people in beliefs than to push to see Islam diluted and reformed – as happened to Christianity over the centuries.”