Did a Muslim Carry out Copenhagen Free Speech Debate Shootings? 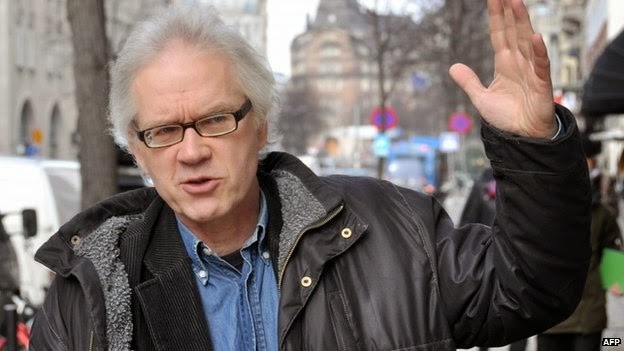 Police are looking for one suspect, this seems similar to the Charlie Hebdo attack and an attempt to kill the Swedish cartoonist Lars Vilks who is reported to have been unhurt by this attack

Denmark is on high alert after a gunman in Copenhagen killed one person and injured three others at a debate on blasphemy and free speech attended by a controversial Swedish cartoonist.
Several dozen shots were fired at the seminar and a manhunt is now under way.
Prime Minister Helle Thorning-Schmidt described it as a "politically motivated" act of terrorism. [BBC News]

Muslim message to Lars Vilks and all other similar cartoonists:

People can be transformed. The opponents of the Prophet (p) were particularly vicious against Muslims. Hind actually bit into the liver of the Prophet's uncle, Hamzah, when he was martyred at the Battle of Uhud. However, she later became a Muslim, and hence became a Companion of the Prophet (p), a member of that special generation of humanity. In fact, she even narrated hadith which can be found in the well-known compilations. Repentance is a recourse that the Lord of the World's has given humanity. [p129, Purification of the Heart by Hamza Yusuf]

Muslim Rapes in Norway and Sweden? Stop with the Propaganda Against Muslims!