Such is the dishonesty among Islamophobes. They misrepresent this report and mislead people into thinking a Saudi woman received 150 lashes because she was driving. Somebody called Pamela Geller even deceptively entitled their piece 'Saudi woman gets 150 lashes for driving'! 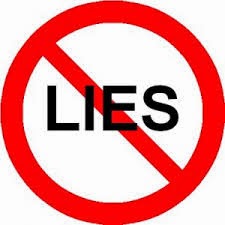 It's clear she is lying as even the alleged news report she references clearly indicates the Saudi woman resisted arrest and struck police officers. This Saudi Arabian woman resisted arrest and attacked police officers - hence the punishment. Anybody who did that in the UK, Europe of America would be facing some sort of punishment from the law of the respective land.

The punishment of 150 lashes is not for driving. Will hateful people on the net stop lying about Muslims. PLEASE!

Here's the alleged report, you can even see from the report the 150 lashes are not for driving.:

News.com.au: A WOMAN in Saudi Arabia has been sentenced this week to 150 lashes and eight months in jail for driving and striking police officers who arrested her, news websites in the kingdom have reported.

Women in the conservative country are prohibited from driving.
It appeared that the particularly harsh sentence was handed down because of the charges of resisting arrest and attacking police officers, according to various reports.
There has been no official confirmation of the verdict and the woman's name has not been published.

You can imagine a bunch of gullible Islamophobes believing the spin around this story and then wrongly bashing Muslims and attacking Islam. If you want to learn about Islam's stance on women watch this videoby Kamal El-Mekki

Are women Oppressed in Islam? No - Kamal El-Mekki

White Supremacists amongst haters of Muslims

So you think its alright that they stopped her just because she was driving? Why cant she drive? In the USA where many Muslims come, women are allowed to drive. How do they buy their groceries? Take their children to school? Go shopping? Just fo for a drive to the country?how do they go to work? to Church? If that is allowed..... Not every Saudi woman is a millionaire and can afford a chauffeur. She should attack these people for taking away her freedom? You find this normal???

I pray you are well

Firstly, as far as I know Saudi Arabia is the only Muslim country that forbids driving for females - I may be wrong on this, do let me know if I am.

Secondly, Saudi Arabian jurists worry about the effects of driving - the possible social ills that will lead to allowing women to drive. They want a conservative country, which is brilliant. 70 years ago our Western countries were much more conservative than they are now. The Saudis must have nightmares thinking about the social ills and the immodesty,objectification of women, fornication and adultery that our Western society produces so one can understand their extra thought into matters. I say brilliant. One would imagine Jesus (p) would rather live in a more conservative society than a liberal society such as your average Western country (say my country UK).

As for groceries, Saudi Arabia is actually built on the family unit so the woman does not need to go out and get the groceries - she has members of her immediate family or extended family to do so.

/feel free to look into Islam. Email me if you have any questions on Islam: