Muslim women top in the battle against premarital sex: US Study

Hyderabad, December 26:
The burqa really works. When you cover your women head to toe with cloth to keep them from being viewed by men outside their family, and you keep them strictly segregated from men throughout their growing years until they get married, you’re going to have less premarital sex. 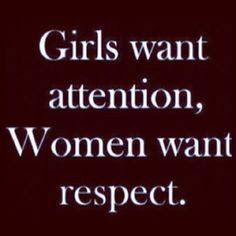 That was the Rev Paul Sullins’ reaction to a new study on sex outside marriage. Sullins is a sociologist at the Catholic University of America.

With their “True Love Waits” jewelry, conferences and T-shirts, Christians may be the face of the abstinence movement, but Muslims are more likely to abstain from premarital sex.

Of all the world's major religious groups, Muslims are the least likely to have sex outside of marriage, new research found. And as a country's Muslim population grows, the rate of premarital sex declines for all residents, even non-Muslims, according to the study.

Researchers analyzed the responses of over 620,000 people (ages 15-59) who were interviewed as part of the Demographic and Health Surveys in 31 mostly developing nations from 2000 to 2008. Most countries included in the sample had either a Muslim or Christian majority, except India and Nepal, which have Hindu majorities, and Cambodia which has a Buddhist majority. (The United States was not included in the study.)

That’s the conclusion of a new study in the American Sociological Review, which also found that Muslims and Hindus — at least in the developing world — are more likely than Christians and Jews to refrain from extramarital sex.

“All major world religions discourage sex outside of marriage, but they are not all equally effective in shaping behavior,” said Amy Adamczyk of the John Jay College of Criminal Justice, who co-authored the study with John Jay doctoral student Brittany E. Hayes....

Suzy Ismail, a marriage and divorce counselor and the author of several books on Muslim marriage, said low rates of premarital and extramarital sex among Muslims are rooted in the religion.

Muslims, least sex outside of marriage