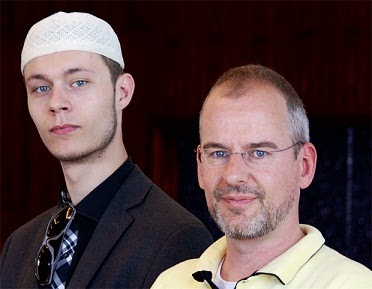 The son of former far-right Dutch leader Arnoud Van Doorn, who converted to Islam last year, has joined his father in also professing his faith in the religion of Islam.
The Khaleej Times reported on Monday that Iskander Van Doorn had made his declaration of faith along with 37 others at a Dubai International Peace Convention.
“I saw my father become more peaceful after converting to Islam," Iskander said, adding "that’s when I realized there is something good in this religion and it made me change my perception of Muslims.”
Stating that after his father's conversion he too started studying the Qur’an and listening to lectures about Islam, the 22-year-old Isakander said a close friend who was a Muslim also helped to teach him more about the religion.
http://www.worldbulletin.net/news/134392/son-of-former-far-right-dutch-politician-accepts-islam
People can be transformed. The opponents of the Prophet (p) were particularly vicious against Muslims. Hind actually bit into the liver of the Prophet's uncle, Hamzah, when he was martyred at the Battle of Uhud. However, she later became a Muslim, and hence became a Companion of the Prophet (p), a member of that special generation of humanity. In fact, she even narrated hadith which can be found in the well-known compilations. Repentance is a recourse that the Lord of the World's has given humanity. [p129, Purification of the Heart by Hamza Yusuf]