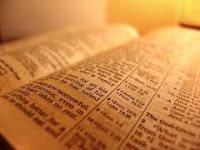 6 If your very own brother, or your son or daughter, or the wife you love, or your closest friend secretly entices you, saying, “Let us go and worship other gods” (gods that neither you nor your ancestors have known, 7 gods of the peoples around you, whether near or far, from one end of the land to the other), 8 do not yield to them or listen to them. Show them no pity. Do not spare them or shield them. 9 You must certainly put them to death. Your hand must be the first in putting them to death, and then the hands of all the people. 10 Stone them to death, because they tried to turn you away from the LORD your God, who brought you out of Egypt, out of the land of slavery. 11 Then all Israel will hear and be afraid, and no one among you will do such an evil thing again. [Deuteronomy 13: 6-9 NIV]

So, according to Christianity, if somebody’s relative turns away from worshipping the Trinity and preaches the worship of “other gods” then they must be put to death. Thus meaning Christianity teaches the killing of ex-Christians who preach a different faith.

Fundamentalist Christians who stick by this teaching would support the killing of converts to Islam (from Christianity) who are currently preaching the worship of God rather than the trinity. Ex-Christian Muslim evangelists such as Yusuf Estes, Joshua Evans, Khalid Yasin, Dr Laurence Brown, Shadeed Lewis, etc. are all potential targets for fundamentalist Christians. Muslim brothers and sisters who are former Christians in America should exercise some caution as judging by the anti-Muslim vitriol stemming from American fundamentalist Christians there is no love nor concern for Muslims in their wicked hearts – their theology of Jesus ordering them to kill people who entice them away from Trinitarianism could well be used as a pretext to literally bash a few Muslims to death!

According to Christian theology Jesus orders the killing of all the inhabitants of a town where people have apostatized due to ‘troublemakers’ who preach other gods:

12 If you hear it said about one of the towns the LORD your God is giving you to live in 13 that troublemakers have arisen among you and have led the people of their town astray, saying, “Let us go and worship other gods” (gods you have not known), 14 then you must inquire, probe and investigate it thoroughly. And if it is true and it has been proved that this detestable thing has been done among you, 15 you must certainly put to the sword all who live in that town. You must destroy it completely,[b] both its people and its livestock. 16 You are to gather all the plunder of the town into the middle of the public square and completely burn the town and all its plunder as a whole burnt offering to the LORD your God. That town is to remain a ruin forever, never to be rebuilt, 17 [Deuteronomy 13:12-17]

Christian apologists will say these passages are no longer in use and were limited to Israel. Nevertheless, the point here is that Christians believe Jesus ordered such. Interesting. Then how can Christian hate preachers who bash Muslims point at Islam?

Also, are all Christians of the position that the OT is not applicable to them. Perhaps some Christians still take the OT as valuable. Perhaps Christians who believe these passages to be relevant today and not limited to Israel will be using these Bible references to crack a few ex-christian skulls...

Bigots in the churches who spend their efforts in attacking Muslims would do well to look into Christian theology and the Bible before they talk...

The classical Christian position is that there have been several alliances,and it is also in Judaism.

1.In the OT God did many miracles seen by Israelites and Egyptians,and known by the Cananites and others.

2.Later the Israelites made a deal with God:they would accept Mosaic Law and he would protect them(they remembered his miracles).That included death for apostates,Israelite people only,not the entire world.

3.Later came a New Alliance created by Jesus(it appears in the Last Supper).

Now a Muslim could say that for them the Koran is a literary,scientific miracle(like the miracles done for the Israelites)and so their situation is the same.That the hadiths permiting death for apostates are authentic and so are in a way similar to Mosaic Laws against apostates.