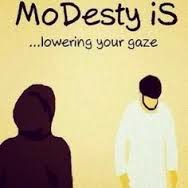 Around 1,000 Iranians staged a rally on Friday to demand that the government fully enforce obligatory rules that women be veiled in public. The demonstrators, both men and women, protested in central Tehran, carrying placards and chanting that the authorities “must stop the spread of vice” and enforce the hijab.

I just wish there were more Americans with such an enthusiasm for modest dress. American men and women could learn a lot from these Iranian protesters. While American culture is becoming more and more pornographic there are folk in Iran who are actively protesting for modesty. WHERE are the American citizens who are calling America to modesty? Let's be having you...

Man sees Jesus in his dream and converts to Islam:
https://www.youtube.com/watch?v=L9J8ByXW2a4

Abdal Hakim Murad mentions a person who saw Prophet Muhammad (p) in a dream and converted to Islam:
https://www.youtube.com/watch?v=VxoF2Sh3m-U&feature=youtu.be