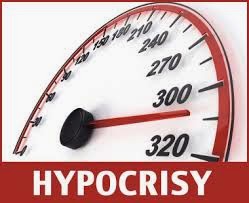 
I'm not too sure what all the fuss is about here. If the report of Pakistan blocking blasphemous tweets are correct the Christian right-wing in America really should have no problems. Yet we have Zionists who play up for the Christian right wing making a fuss about this.

IF you know Christian Trinitarian beliefs you will know they believe Jesus ordered the killing of apostates who preached a new faith. One of the church fathers, St Augustine, is thought to have agreed with the persecution of heretics.

Not only this, one of Christianity's most famous theologians John Calvin is believed to have supported execution for blasphemy and heresy:

Calvin went to his deathbed believing that the execution was just because Servetus was a blasphemer and a heretic — a murderer of souls.[From: http://reformedanswers.org/answer.asp/file/39726]

It seems to me Trinitarian Christian history and theology is not really being taught to the masses in American right wing churches. Just exactly what are these right wing Christian Islamophobic folk taught in their churches?

So next time a bunch of American Christian ring wing fundamentalists and/or Zionists make a big deal out of Pakistan simply censoring blasphemy you know to shout HYPOCRISY!

Islamabad:  Microblogging site Twitter has blocked dozens of tweets and accounts in Pakistan after officials asked for access to “blasphemous” and “unethical” content to be stopped.
The Pakistan Telecommunications Authority (PTA) submitted at least five requests from May 5 to 14 asking Twitter to block access to specific tweets and accounts for users in the Islamic republic.
It is thought to be the first time Twitter has withheld content specifically for users in Pakistan, though the government has shut the site down in the past.

Pakistan blocked Twitter completely for a brief period in May 2012, along with Facebook, over the same competition.

Chilling Effects is a collaboration between several US law schools which monitors attempts to suppress online content. Twitter works in partnership with the site to publish requests to withhold its content.

Attempts by AFP in Islamabad to access the material in question were met with messages saying the content was withheld in Pakistan.

In its requests to Twitter, PTA described the content, which also included images of the Koran being desecrated, as “blasphemous” and “unethical” and said it violated the Pakistani penal code.
A PTA official said they regularly write to Twitter and Facebook asking them to remove objectionable content.

“We had requested Twitter to remove the unethical and blasphemous tweets and searches and it is good that they have taken action,” the official told AFP.

Perceived insults to Islam and the prophet can provoke violent public reactions in Pakistan.
The country’s strict blasphemy laws, currently the subject of a fight pitching the authorities against some of the leading TV stations, can carry the death penalty.

A crude anti-Islam film posted to YouTube in 2012 triggered violent street protests in Pakistan that left more than 20 people dead and led the government to block the video-sharing site — a ban that remains in force.

Pakistan’s parliament on May 6 voted unanimously to lift a ban on YouTube, in a non-binding resolution that was nonetheless welcomed by free speech campaigners as an important symbolic move.