Well here we have a sack load of hypocrisy. David Wood, who I've done a number on a NUMBER of times (it's so easy to expose such a hateful, dishonest and ill-informed man) is at it again.

He's showcasing some screen shots of some alleged comments from a Muslimah called Layla. Yep, the comments are undignified. David Wood, uses it to try and demonize all Muslims and even disingenuously claims that Islam is behind such comments. Dishonest!

Does David even know the meaning of 'consistency'?

Erm Dave, rather than working your agenda of hatred in misusing some nonsense comments which you claim to be from a Muslim woman why not get your own house in order?

Hello! Hello David Wood! Sam Shamoun is and has been making comments of a similar paradigm for a loooooong while now. You've never publicly called him out? Why? Why is that? Worried the donations will be stunted? Worried Sam Shamoun will be forced to get a real job rather than parade himself as a serious 'evangelist'? Just out of curiosity, when was the last time Sam had a real job? Seen as we're at it, when was the last time you had a real job?

You claim to have the Holy Spirit in you yet your actions are so unholy and so repelling. Who in the world is going to convert to Christianity through you and then stick with you?

The young girl Negeen Mayel left your hateful crew a long while ago and Nabeel Qureshi is not defending your actions.

David, people are seeing your hateful agenda for what it is... 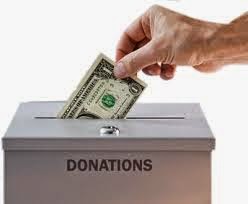 Oh as for the issue of the stupid comments addressed to you David, here's a comment that really does turn the tables on you:

That girl could be a teenager all teenagers do things like that but FOLKS David Wood is not teenager and he still behaves like one I saw bunch of videos of David Wood and Sam shamoun doing stupidity talking TRASH about Islam is that how grown educated men should behave ???

Can you say 'hypocrisy' David?

Here's Aje Amu, a Non-Muslim, further exposing the hypocrisy and exposing this Sam Shamoun chap who is David's colleague:

I have watched some of Sam Shamoun's videos and I really feel pained when I see the kind of insults he utters from his mouth against some Muslims. He is even antagonistic towards fellow Christians who do not agree with him on certain doctrinal issues. Please can I kindly ask you that you speak to him in your private moments about this because I know both of you are quite close and he may listen to you.

However on this particular issue, I have to agree with the author of this video. Sam Shamoun is very disrespectful and the spirit in which he debates his opponents is very disgraceful and appalling. He is not representative of Christ or the Christian faith and I do not endorse him in any way. Please note that this attitude Sam has is not displayed towards Muslims alone. He displays a very similar attitude even towards Christians who disagree with him. WHEN I CHALLENGED HIM ON THE FALSE DOCTRINE OF THE TRINITY, his attitude towards me was very similar. My prayer for him is that God will deliver him from his wrong spirit in which he attempts to use in falsely defending the Christian faith

NOTE: Aje only has a problem with Sam Shamoun's behaviour and has said he has not witnessed David Wood behaving in such a manner

For posts related to Sam Shamoun click the link below, scroll down and click older posts to view all the posts:
http://thefactsaboutislam.blogspot.co.uk/search/label/David%20Wood


Likewise for David Wood, if you look through his section you will not take him seriously as an apologist for Christianity:
http://thefactsaboutislam.blogspot.co.uk/search/label/David%20Wood

The one who conceals hatred has lying lips, and whoever utters slander is a fool. Proverbs 10:18

I have added a note to clarify that your problem is with Sam's behaviour.

Please let me make it clear that I am not against Sam Shamoun and David Wood as regards the Christian faith in general. They are my brothers in Christ and in the faith. The only reason why I posted this was to draw attention to the Christian community to find a way to admonish Sam Shamoun regarding this attitude he exudes when he is debating those of opposing views.


The only thing I have expressed concern about is about the way Sam Shamoun goes about it in a manner that is not representative of Christ.

Aje if you would like to discuss Islam and Christianity please email me: