The Sun in the UK is a right wing paper which led with a front page about halal meat being used by a pizza outlet, Pizza Express. What the? Is that really news? Pandering to the bigots eh?

Anyways, I got home and landed onto a more reputable newspaper's website to read about something serious and  positive but I noticed there was a book club in America which is advertising itself by going topless.

Now I can understand why The Sun is not going to have a go at the use of a woman's body to advertise (as it's infamous for objectifying women!) but it makes one wonder as to how hatred of Muslims and Islam leads to people's moral compasses and priorities getting mangled big time.

If a bunch of women in a Muslim country were going topless to promote reading and a book club you can imagine Islamophobes would be running their keyboard into the ground. The right wing newspapers would be filling sack loads of column inches. Yet they don't talk about this type of stuff which is prevalent in the West! They want to talk about halal meat 'secretively' being used in Pizza Express or Subway doing away with ham/bacon (or whatever it was) in the UK all the while pandering to the air of Islamophobia in the West - yep the West has managed to spend less time in denigrating people for their race and has now moved to Muslim bashing pretty much full time while doing the race bashing on the side now. That's not to say the White Supremacists amongst the right wing won't do both at once! 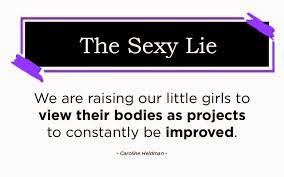 in a degrading fashion to get what she wants - whether it's fame, fortune, protesting against the use of animal furs or simply to get people to read. Yep to get people interested in reading - a book club! (Sorry, I know I keep pointing at the utter hypocrisy of the Islamophobe, but seriously if you are an Islamophobe...be honest with yourself if Muslim women were stripping to get their men to join a book club or get interested in reading how would you spin that?!).

The utter degradation and objectification of women in the West is soooo under-reported. One feels the reason why Islamophobes and the right wing point to Muslims and say 'they are the ones who degrade and objectify women' is simply because they are self-projecting and are frustrated at the reality of their situation with regards to their women. Am I lying?!

Oh and before we move on, you might want to ask yourself why you have never heard about a MUSLIM country being ranked the BEST at respecting women globally - if you haven't heard about it...

I recall being in a Pizza Express in, I believe Southampton (somewhere like that, they all blend into one at my age!) and the waiter, seeing we were Muslims, actually told us the chicken was halal. So are they really being that secretive about using halal meat? I don't think so. But in any case, why is there such an issue with halal meat? My Non-Muslim colleague, upon discussing The Sun's bigotry told me he prefers halal meat as it seems fresher!

Nothing to see here apart from a bit of rabble rousing by a national newspaper which I'm saddened wasn't sunk a loooong time ago - after its Hillsborough insensitivities!

Now is an opportunity for Muslims to educate people as to how much better halal meat is to any other meat. Muslims slaughter meat in the best manner - Allah's name is mentioned at the time of slaughter and the methodology for the slaughter is the most 'humane'. Please watch this video featuring two converts to Islam, Bilal Philips and Yusuf Estes, to learn about Halal meat (the best meat)

What is meant by halal food?

The principle behind Halal meat:

Taking the life of the animal in accordance with the instructions of God, mentioning the name of God and giving thanks to God.


Sheikh Abdal Hakim Murad: Terrorism is not allowed in Sharia


AlShabaab and Alqaeda, why they commit terrorism - Asghar Bukhari

Muslims against terrorism
Yasir Qadhi: Kidnapping of school girls in Nigeria is total un-Islamic
Brown Christians, Hindus and Sikhs Be Wary of Islamophobes


Jesus taught people to do the Will of God (according to Mark 3:35) in order to become his brothers, mothers or sisters. A Muslim means one who submits to the Will of God. Do you want to become a brother of Jesus? If yes, become a Muslim. Now is the time.

Restaurant chain Pizza Express has hit out at The Sun after its front page claimed the company had been misleading customers by ‘secretly’ using halal meat.

Claiming ‘it is no secret that all the chicken used in our dishes is halal slaughtered’, Pizza Express also said it has told staff they can give this information to customers. It is also available on its website.

The response comes after the newspaper identified that the use of halal slaughtered chicken was not clear on menus.

‘At Pizza Express the quality and integrity of our ingredients remain our number one priority, and we have always been happy to provide information on our ingredients to our guests,’ the company said.

‘It is no secret that all the chicken used in our dishes is halal slaughtered. We’re committed to high animal welfare standards and as such the birds are stunned before slaughter.’

Britain's Muslim population is growing: in the the 2001 census, 3% of the population of England and Wales – 1.5 million people – said they were Muslims. In the 2011 census, the corresponding figures were nearly 5%, or 2.7 million people.

The Pew Foundation has estimated Britain's Muslim community will continue to expand, to 8.2% of the population, or around 5.6 million people, by 2030. Moreover, a survey by Eblex, the organisation for the British beef and sheep industry, found that 90% of Muslims eat halal meat, and Muslims eat proportionately more fresh meat than the rest of the population, accounting for up to 15% of UK meat sales.

don't jewish ppl slaughter in a similar way to muslims?

" But in any case, why is there such an issue with halal meat? "

People want to know that what they ask for, pay for and put in their mouth is actually what they asked for... It really is that simple and doesn't need over-analysing.

Why is there such a problem with properly labelling food ?

I understand the point about food labelling. It's a good point.

However, Pizza Express have never hidden the claim that their chicken is/was halal.

It all seems to have been blow out of proportion simply because it's another opportunity for the right wing to foment anti-Muslim feeling and cash in on the already rising anti-Muslim sentiment.

Thanks for the reply,

I agree, it has been "blow out of proportion" and the Pizza Express thing is just another excuse for a catfight between a bunch of people I really wish would just stop talking. I mean both sides of that particular fence too, not just the right side... There's a bunch of us sat on the fence taking flack from both sides when all we want is a quiet life.

It could argued that Pizza Express have never hidden it as the information can be found if you go and hunt for it on their website but the fact is this issue could have been avoided entirely using common sense. If we assume that the information isn't intentionally being concealed from the consumer and they are open, honest and proud of their meat sourcing they should be stating on the menu that the meat is Halal, not hidden away on a website. If I walked up to Pizza Express and saw on the menu that the meat was Halal it wouldn't make any difference to me, if I wanted a pizza I would get a pizza.

That said, I have a different opinion of Subway. They have stores that use Halal meat and are using substitutes for certain things on the menu, we don't need to go diving in to the figures because the fact is they do and that is what matters. If I walked in to one of these Subways and ordered a BLT and I wasn't clearly informed that I was being given turkey bacon instead of actual bacon I would be extremely annoyed. If the staff informed me when I ordered something with bacon or ham that they were using a substitute meat, like when someone says "Is Pepsi OK", then I would feel disappointed, inconvenienced and would walk out and eat somewhere else. They have made changes to accommodate specific groups of people which means I'm not able to get what I want in certain stores want and I don't like that, I don't think it's fair and as a result it is one of the reasons why I no longer eat at Subway.

Just for completeness I should say that I couldn't care less about Supermarket packaging as I don't trust Supermarkets to sell me actual beef instead of pork or horse, so they aren't even worth discussing in my opinion.