Stefanie Giesinger Invited to Islam (If Not Already a Muslim) 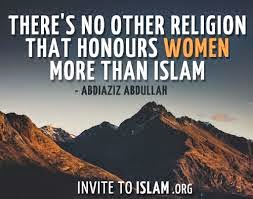 You turn on the net and see the superficial world of celebrity and fashion thinks it has a new member. Fresh blood. A new face. A lady called Stefanie Giesinger has become the new focus of modelling in Germany.

I don't know what the religious beliefs of Stephanie Giesing are but if she's not a Muslim I'd like to invite her to Islam. If Stefanie Giesinger (and any other woman for that matter) practices Islam fully she will be able to live an upright life which flies in the face of the Western sexual objectification of women. Islam offers dignity and respect to women. I urge all women to follow Islam - it's a fool proof defence against falling into the West's trap of sexual exploitation of women!

What would you rather your daughter become? A scantily clad woman who's misused by a corporation in the materialist agenda or a woman who is  worshipping the Creator regularly whilst being  seen as respectful and dignified by observers?
If it's the latter then Islam is for you.

The final of the latest edition of the hugely popular TV show Germany's Next Top Model took place in Cologne, with Heidi Klum as presenter and judge

And the Winner is ... Stefanie Giesing[er]! German beauty Stephanie has been crowed winner of Germany's Next Top Model 2014. The reality show is based on the successful Americas Next Top Model [msn.com]
Christians having dreams and converting to Islam:
http://thefactsaboutislam.blogspot.co.uk/2014/03/christians-are-having-dreams-and.html