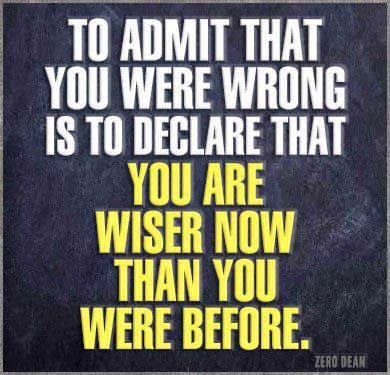 Farhan and I have been discussing the Hindu belief in reincarnation for a while - for the back story follow back from this post.

The weird thing is, despite all the evidence I present him, he still maintains Hindus don't believe in reincarnating into animals.

Despite all these points presented previously showing that Hindus do indeed believe in animal reincarnation, he still claims he's right. How odd? Bad comprehension must be in play here? He won't even say, 'I need to look into this further'. Farhan's adamant he's 'evidential' and 'logical'. He's accusing me of ">Bad hermeneutics my friend, bad hermeneutics'

My advice to Farhan (who happens to be non-Hindu), rather than wasting time with me (I've simply ran with what translations of Hindu scripture, commentaries, Hindus, Hindu websites, teachers and academic websites have said - namely Hindus believe in animal reincarnation), if you truly believe this is not what Hindus believe then why not go to the translators, writers of commentaries, Hindu teachers, Hindu websites and academic sources to TELL them you think they are misrepresenting Hinduism?!

Why not start with Krishna.com which states::

Farhan, please focus on more important matters now. If you really believe all these Hindus are misreading their scriptures that's your choice but this dialogue started with you taking exception to Dr Naik stating Hindus believe they could become animals through reincarnation. My point of the dialogue is to show that Naik was not making stuff up (as you intimated) - Hindus DO believe what Naik stated.  Our discussion is over as it's clear Naik was correct. Whether you think these Hindus are misrepresenting Hinduism is not the discussion here. If you want to discuss or debate that then isn't it better for you to actually go to the Hindu websites, translators (etc) to dialogue with them?

I really don't have much more time to spend on this. I ask you for sincerity, understanding, comprehension, respect and humility.

I invite Farhan to drop his baggage and come to Islam.

THE CHRISTIAN GROUP THAT REJECTS HELL

They are the 7th-Day Adventists.
Where being "consumed by the fire" and "eternal punishment"(as stated be Jesus in Matthew) is non-existence.Where the punishment that lasts forever is precisely to be annihilated.Another evangelical,who leans toward annihilation is GREG BOYD,the great Christian scholar.Just go to youtube and write:"Greg Boyd:Thoughts on Eternal Punishment".

ABOUT A BELIEVER IN HELL WHO IS NOW FOR CONDITIONAL IMMORTALITY

2.Now the documentary evidence(as Catholics point out)is the early Christian scholars(at least from the year 110) believed in TRANSUBSTANTIATION(that in the Eucharist the bread and wine become the LITERAL BODY and BLOOD of JESUS).Reading the NT they were wrong,but it's true THAT belief appeared early.How is it so many experts got it wrong?Just because something is EARLY doesn't mean it is correct.Read:

3.In the SAME WAY those same or similar Christian experts believed in never-ending,literal fire burning hell.

First,the last chapter says the exact meaning of the book will become apparent in the last days,Daniel 12:8-9:

"I(Daniel) heard, but I did not understand. So I asked, "My lord, what will the outcome of all this be?"

He(God) replied, "Go your way, Daniel, because the words are rolled up and sealed until the time of the end."

HERE IS WHAT REFERS TO THE FATE OF THE EVIL

It is just a few verses before:

"And many of those who sleep in the dust of the earth shall awake, some to everlasting life, and some to shame and everlasting contempt. 3 And those who are wise shall shine like the brightness of the firmament; and those who turn many to righteousness, like the stars for ever and ever.

But you, Daniel, shut up the words, and seal the book, until the time of the end. Many shall run to and fro, and knowledge shall increase.”

She is an Ecuadoran girl who in 2011(then 18 years old) said she was dead for 23 hrs and was taken on tour of a literal,burning hell(she saw Michael Jackson and Pope John Paul II there).

And then after that she went on 2 more tours of hell(3 trips by 2014).However some of the things she has said contradict the NT(even for those who believe in a burning hell).So it has to be rejected as proof.